Harold Atkinson was born in Wintringham on August 19th, 1918 as the son of Fred and Adalaide Jane Atkinson. He attended the Shrewsbury School from 1932 until 1937. In 1937 he went to the Royal Air Force College at Cranwell. He was stationed with No. 213 Squadron in 1939 and went to France in May 1940. After the fall of France he returned to England. During an aircombat over Warmwell on August 25th, 1940 he was shot down and crashed in to the sea with his Hawker Hurricane P3200.
His body was recovered.
Harold Arkinson was credited with shooting down 9 enemy planes, 2 unconfirmed and one shared victory. 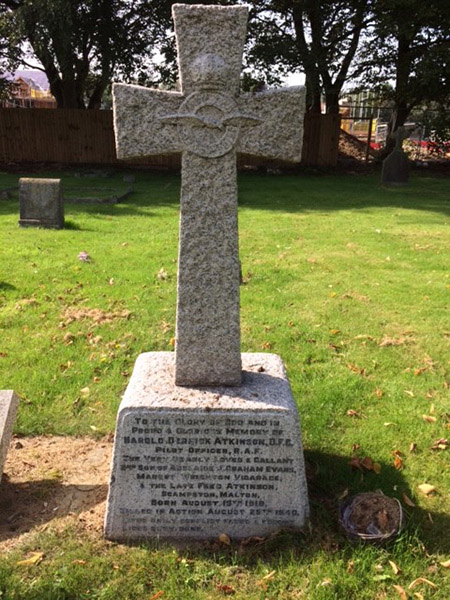