Richard Kellett, the son of a Surgeon Rear-Admiral was educated at Bedford School and subsequently entered RAF College.
In 1936 he was awarded the Order of the Sacred Treasure of Japan when he was secunded to the Imperial Japanese Army to advise on engineering for the Japanese Air Force.
On 5-7 November 1938, as leader of the RAF's Long Range Development Unit, he flew one of two Wellesleys to establish a new long-range record-breaking non-stop flight of 7,158 miles in just over 48 hours from Ismaila, Egypt to Darwin, Australia for which he was awarded the AFC.
As Commanding Officer of No 149 Squadron, he was one of the few to escape when his formation was attacked by Bf109's during the daylight attack on Wilhelmshaven on 18 December 1939. This attack was one of those which ultimately led to Bomber Command to resort to night bombing.
On the night of 13-14 September 1942, he joined a No 70 Squadron crew as second pilot in Wellington IC, Z9044 'B' for a raid against Tobruk. On the return journey, the aircraft was force landed and the crew began to walk back towards the Allied lines and managed to evade capture until 20 September when he was imprisoned in Stalag Luft III where he was Senior British Officer at the time of the Wooden Horse escape. Kellett was awarded a MiD in 1947 and retired on account of medical unfitness for Air Force service.

Citation:
"This officer displayed courage, coolness and determination in. leading his squadron and a combined formation of, aircraft in operations over an enemy naval base in December, 1939, which resulted in the infliction of heavy casualties on enemy aircraft. In spite of the formidable opposition by aircraft and ground defences, he so controlled the formation for which he was personally responsible that casualties were slight and by his personal example and cool leadership he won the confidence of all pilots under him. 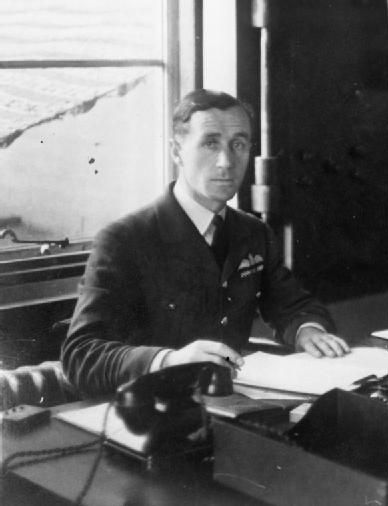