Daniel Albert Raymond Georges Le Roy Du Vivier was killed in a traffic accident in the United States on September 2nd, 1981. He was cremated and his ashes were interred at Tangmere.

Citation:
Has proven to have excellent qualities as a commanding flight-officer, succeeding in to maintain a high level of offensive value to his pilots during daytime and nightly operations he has undertaken. Has destroyed 4 enemy aircraft to this day.

Second DFC awarded in the form of a bar to be worn on the ribbon of the first DFC. 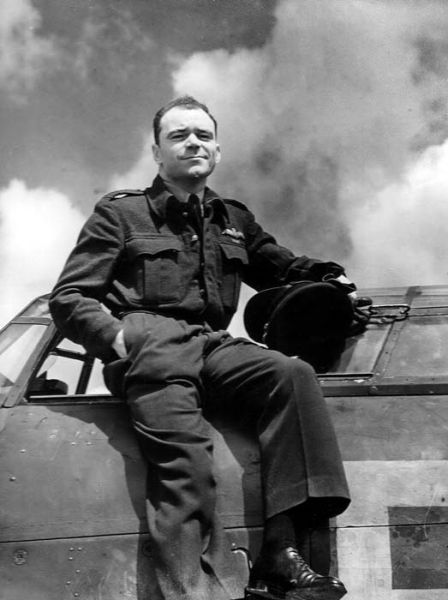