"in recognition of services rendered as members of the crews of two aircraft which, having flown non-stop from Ismailia to Port Darwin on 5th-7th November, 1938, established a world's long-distance record."

"In recognition of most conspicuous gallantry in carrying out hazardous work in a very brave manner."
--
Flight Lieutenant Gray was part of a group taken prisoner in Hong Kong during December 1941. During his captivity he did all he could to sustain the morale of his fellow prisoners. He smuggled much needed drugs into the camp and distributed them to those who were seriously ill, and he also ran a news service on information he received from people outside the camp. He was tortured continually over a period of nearly 6 months to make him divulge the names of his informants, but he disclosed nothing.

The King was graciously pleased to approve a posthumous award of the GEORGE CROSS in recognition of most conspicuous gallantry in carrying out hazardous work in a very brave manner. 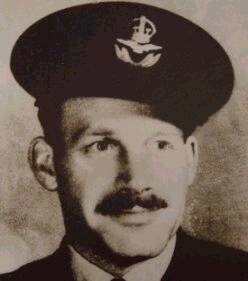