Walter Heitz died as Soviet POW on February 9th, 1944. At that moment he held the rank of Generaloberst.

During the battle of France Heitz distinguished himself with his Korps during the efforts to breach the Meuse as well as in combat near Maubeuge and SW of Valenciennes. However his greatest achievement would be during the fighting to overcome the Paris defensive position. Here Heitz and his VIII. Armee-Korps began crossing the Oise river near Parmain on the 10.06.1940, and after two days of battle had managed to completely break through the western flank of the Paris defensive position.

In recognition of his skillful leadership Heitz would be awarded the Knights Cross.

Awarded for further distinguishing himself as a Korps commander during the fighting on the southern sector of the Eastern front in summer 1942, particularly near Kharkov and along the Don river. 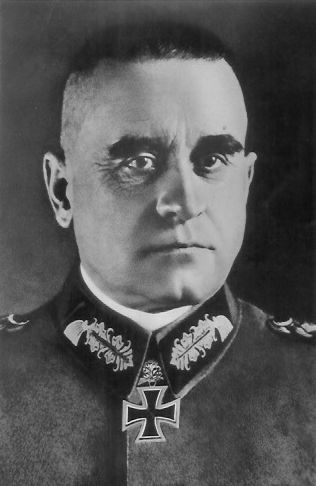