Citation:
"At Kangaw Hill 170(Map ref 515414, Myebon Sheet 1/25000) on 23rd January 1945 Pte Aird was the bren gunner in a trench which bore the brunt of a fierce Jap night counter-attack. Early on a grenade landed in the trench inflicting multiple wounds of the back to Pte Aird. He made no mention of his wounds and manned his bren gun awaiting the attack His trench was continually assaulted for over two hours and every attack was repulsed. In the morning one enemy officer and three other ranks were found dead 3ft from Pte Aird's bren gun.The position was under spasmodic MMG and mortar fire for five hours. Pte Aird completely regardless of his own wounds maintained his gun in action with a selfless courage and devotion to duty that inspired men who were with him." 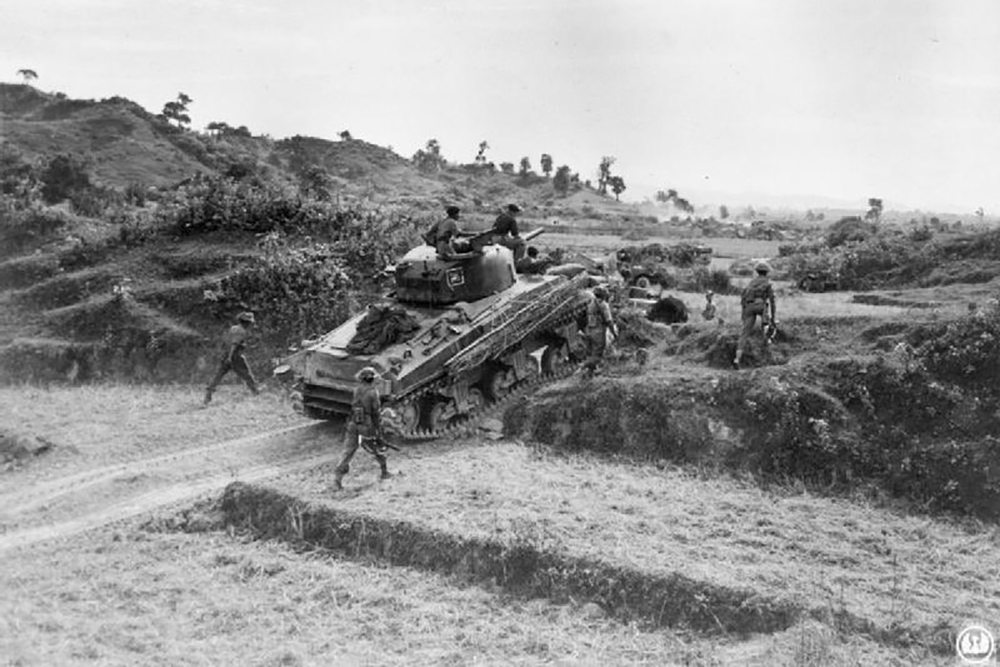