Georgiy Zhilenvov was a Brigadier Commissar in the Red Army until his desertion to the Germans in 1942. He was promoted to Generalleutnant and appointed Chief of the 'Propaganda Committee for the Liberation of the Peoples of Russia'. Zhilenvov was hanged for high treason on 1 August 1946. 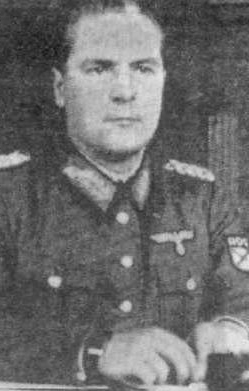