Following the closure of the pocket around the Soviet 2nd Shock Army at the end of May 1942, fierce attempts at relief were launched. Among the German units in the path of these attacks was the reinforced Infanterie-Regiment 422, which fought in four weeks of bitter defensive battles. In this time it managed to repel 97 Soviet relief attempts, 29 of which were supported by numerous tanks and all of which were preceded by heavy artillery barrages. Among the most hard-fighting defending units was the 5./Infanterie-Regiment 422, commanded by Oberleutnant Hogrebe. At a critical moment in the fighting, he stormed forward with his exhausted troops without waiting for orders. After a bitter battle he managed to destroy an enemy force that had broken-into the German frontline, close the gap and recapture the old defensive positions.

Hogrebe would receive the Knights Cross for this and his Kompanies overall distinguished performance in this battle.
1096th Award.

Awarded for the outstanding achievements of his Bataillon during the defensive battles around Leningrad in January 1944, specifically around the village of Krasnoje Sselo.
454th Award. 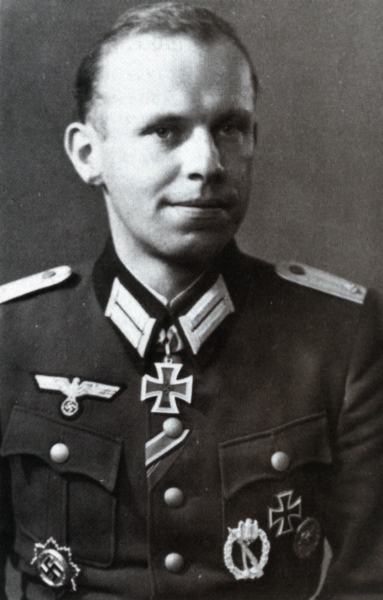