Awarded for his success in defeating the British Operation Tunnel, their attempt to destroy the German blockade runner Münsterland. This ship, guarded by five Type 39 torpedo boats of Kohlaufs flotilla, was attacked by the British light cruiser HMS Charybdis and six destroyers. But the British attempt at interception failed and Kohlaufs ships destroyed the HMS Charybdis and one destroyer. The following press article, dated 02.11.1943, further describes the justification for Kohlaufs receiving the Knights Cross

The Führer awarded the Knights Cross of the Iron Cross to Korvettenkapitän Franz Kohlauf at the recommendation of the supreme commander of the Kriegsmarine, Großadmiral Dönitz. As a torpedo boat captain, Korvettenkapitän Kohlauf had already shown exemplary bravery during the Norwegian campaign. However his greatest success took place while he was serving as the flotilla commander of a Torpedobootsflottille. This was namely the sinking of the British cruiser Charybdis and the destroyer Limbourne.

At the beginning of the nocturnal operation the enemy had been able to get into a good position to employ its overwhelming firepower. Nonetheless, by way of a clever battle maneuver, the German flotilla commander was able to bring his ships to a point where their torpedoes would be certain to hit. Through his personal bravery, Kohlauf was thus able to overcome the critical situation and accomplish a tactical success of extraordinary proportions. 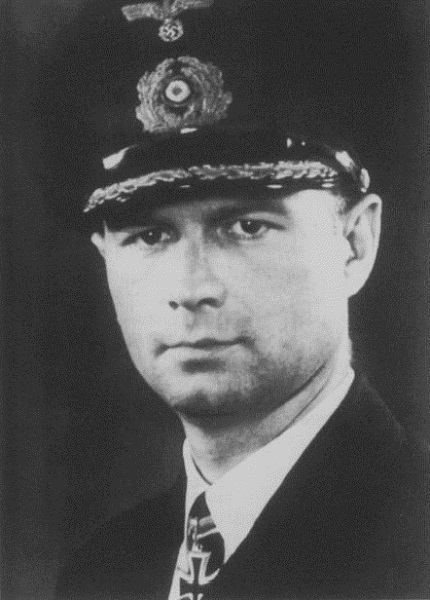