"For outstanding courage, skill and leadership whilst serving with the Second Australian Independent Company, and later with Lancer Force in Portuguese Timor, between February 1942 and January 1943. Always cheerful, cool and clear thinking, this officer was an inspiration to his men during nearly twelve months of guerrilla fighting against vastly superior numbers of the Japanese and hostile natives. His personal recces through enemy occupied country, the valuable information that he brought back and his skilful handling, first of the Company, then the Force, enabled severe casualties to be inflicted on the enemy and our resistance to be maintained for maximum practicable period. When the Force was ordered to evacuate, he skilfully disengaged contact with the enemy, led it for 3 days over mountains, across rivers, and through swamps, and embarked it without loss of personnel. He personally organised the final details of the evacuation and remained on the beach until the last boat left. Before commencing this evacuation he volunteered to remain in Timor to organise native resistance, but was not permitted to do so."

For exceptional services in the field in the S.W.P. Area.

For outstanding courage and devotion at Bougainville in 1945.

Companion to the Order of Australia (AC) 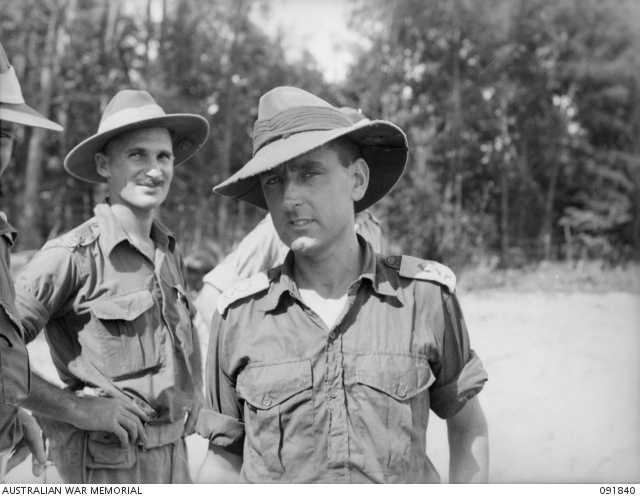