Suffren was injured when his bomber crashed near Ale, Denmark following a hit by German Flak. Initially he was operated in the municipal hospital in Horsens. When the Germans abducted Suffren from the hospital to take him prisoner, this caused a storm of indignation in Denmark. Subsequently the Germans reported in newspapers that Suffren was not dead and received proper treatment.
Finally Suffren died as Pow in a Military Hospital near Frankfurt am Main.

"For skill & fortitude in operations against the enemy." 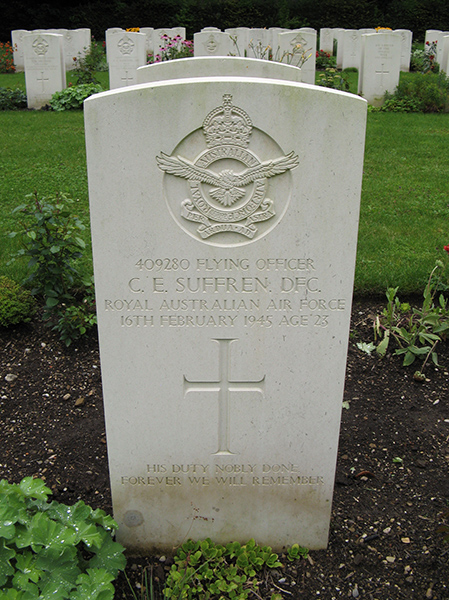