Kenneth Mathews was born in Feltham, Middlesex on 19th March 1916. He attended Harrow County School from 1927 to 1933 and after leaving he joined the staff of the Royal Geographical Society as a Junior Assistant.

He joined the RAFVR about March 1939 as an Airman u/t Pilot. Called up on 1st September 1939, he completed his training at an FTS on 2nd August 1940.
Mathews was commissioned and arrived at 5 OTU Aston Down on 3rd August.
After converting to Blenheims, he joined 23 Squadron at Wittering on 18th August.
He commanded 534 Squadron, a Turbinlite Havoc* unit at Tangmere, from September 1942 until its disbandment on 25th January 1943.
Mathews was killed on 20th October 1943 as a Squadron Leader with 25 Squadron, operating Mosquitos from Church Fenton. He failed to return from a bomber-support sortie over Germany.

The mission:
On October 20, 143, the Mosquito NF.II nightfighter, with serial number DZ-689, coded ZK-? , of RAF No. 25 squadron took off from the airbase Church Fenton (now called Leeds East Airport), North Yorkshire (UK), for a so-called "intruder" mission.
On board was the pilot, Squadron leader P / O Kenneth "Ken" Mathews with his navigator / observer Flying Officer Derek Charles Burrow. At the height of Saltpole at the eastern corner of the Sneekermeer, their nightfighter was intercepted by a German nightfighter at around 19:30 hours and was shot afire after which it went down in a gliding flight to the water of the Sneekermeer.
When the remains of the pilot were discovered, the injuries indicated that the pilot was fatally wouded at the first salvo by the German nightfighter.

His navigator, F/O DC Burrow, bailed out and was captured on landing. He was a PoW until the end of the war.

Epilogue:
The shooting down of the Mosquito DZ689 was never claimed by a German night-fighter pilot. After the war there were rumors that Ken Mathews was shot by one of the other Mosquito pilots send out for this mission, who mistakenly mistook the Mosquito of Ken Mathews for a German plane. 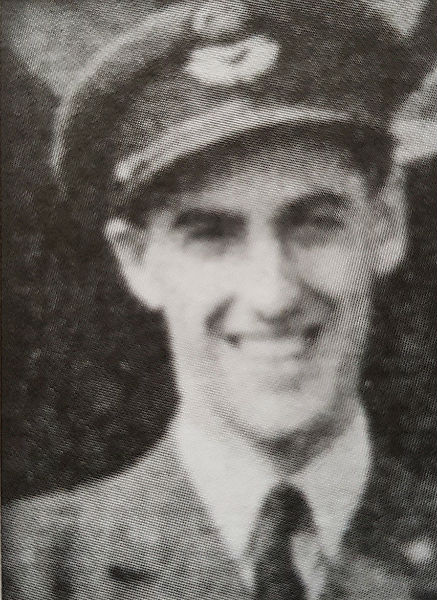 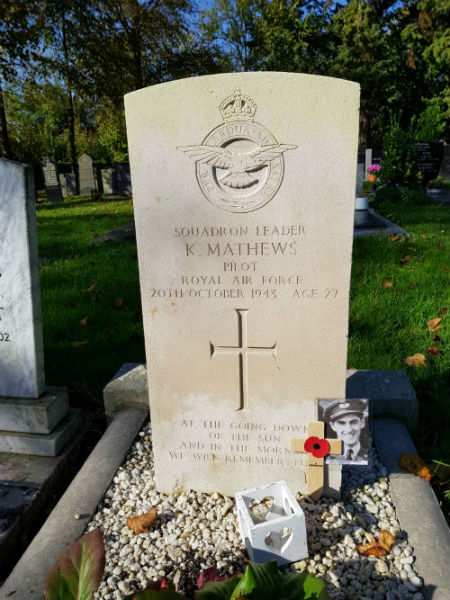