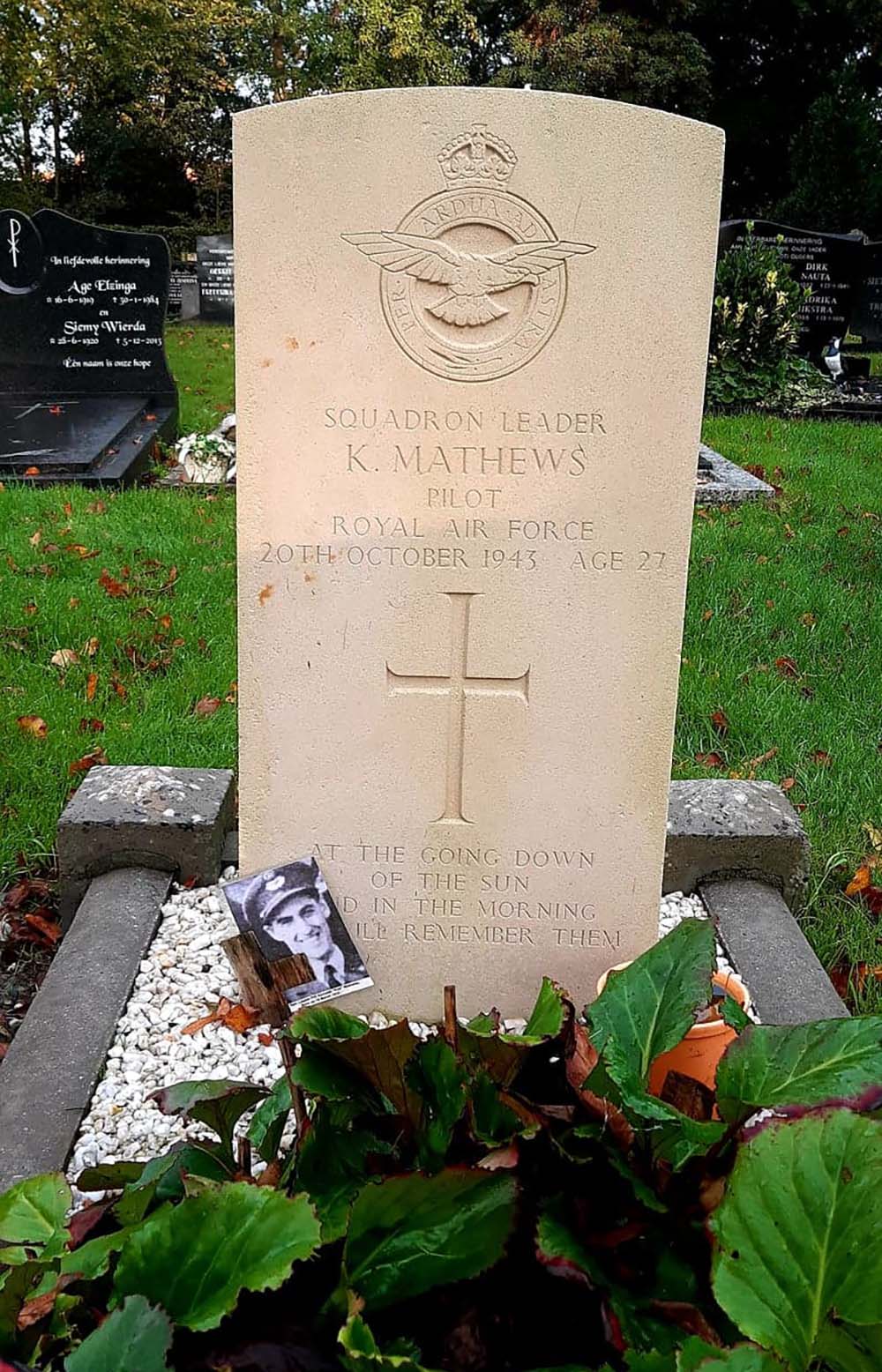 At the Municipal Cemetery in Sneek is one Commonwealth War Grave.
It is the grave of:

On October 20, 1943 departed from Church Fenton Airbase, a de Havilland Mosquito NF.Mk.II. of No. 25 Squadron RAF. No. 25 Squadron used Mosquitos in so called "intruder missions". The purpose of these attacks was the destruction of German aircraft on the ground, in order to protect the British bombers against attacks from Luftwaffe airfields. This aircraft, with registration number: DZ689 crashed for unknown reasons near Sneek. In the crash, one of the two crew members got killed, he is buried in this cemetery. The other crew member, F/O Dereck Charles Burrow (obs) was taken prisoner of war by the Germans.