He was made honoray citizen of Aubusson, having assisted in its liberation in August, 1944.
After the war he became headmaster of the pioneering Colfox school in Bridport, Dorset.

Citation:
"Major Thornburn comds 'D' Coy.
On 22 Sep 44 his Coy was leading Coy in the assault on ASTEN across the BOIS-LE-DUC Canal. The bridgehead made during the night proved to be only fifty yards deep, and the exit from it was under considerable enemy Small Arms and mortar fire. The enemy were determined and fighting stubbornly.
The leading pl crossed the bridge but was held up by fire from buildings on the far bank. Major Thornburn with complete disregard for his personal safety, went fwd, and reorganised the attack so successfully, that the momentum was restored. Out of these buildings his Coy succeeded in capturing some fifty prisoners, in addition to inflicting numerous cas.
The adv continued, the Coy's objective being the centre of ASTEN.
As the leading pl reached the outskirts of the town, they were held up by small arms and mortar fire. Again Major Thornburn wend fwd under fire, and, by his outstanding example of personal bravery and leadership he exhorted his men into attack. The enemy opposition was overcome and the objective captured at great loss to the enemy.
This op was so successfully carried out that the remainder of the town was quickly cleared by other Rifle Coys. \T Major Thornburn's Coy was therefore virtually responsible for the capture of ASTEN, a vital road centre on the line of adv, and one which had been fiercely contested by the enemy. In this op some seven Offrs and 150 GR prisoners were taken, in addition to the numerous enemy kiled and wounded.
Major Thornburn's superb courage and leadership were an inspiration to all." 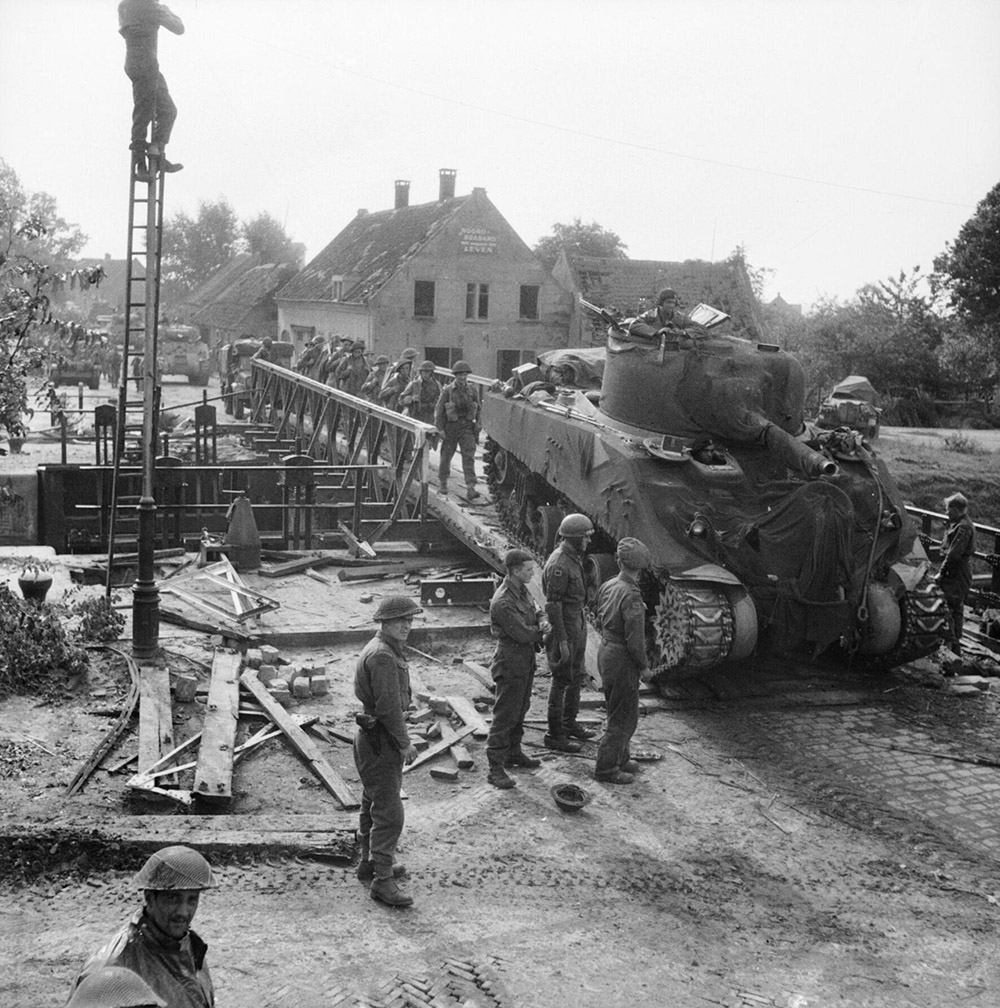