"On 19 December 1944, as scout, he led a squad assigned to the mission of mining a vital crossroads near Rocherath, Belgium. At the first attempt to reach the objective, he discovered it was occupied by an enemy tank and at least 20 infantrymen. Driven back by withering fire, Technician 4th Grade Kimbro made 2 more attempts to lead his squad to the crossroads but all approaches were covered by intense enemy fire. Although warned by our own infantrymen of the great danger involved, he left his squad in a protected place and, laden with mines, crawled alone toward the crossroads. When nearing his objective he was severely wounded, but he continued to drag himself forward and laid his mines across the road. As he tried to crawl from the objective his body was riddled with rifle and machinegun fire. The mines laid by his act of indomitable courage delayed the advance of enemy armor and prevented the rear of our withdrawing columns from being attacked by the enemy." 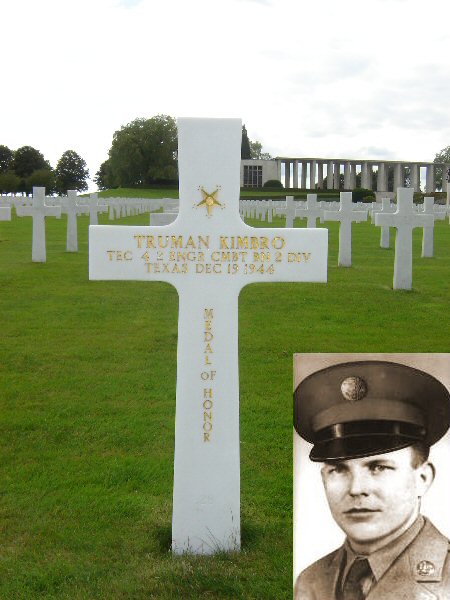 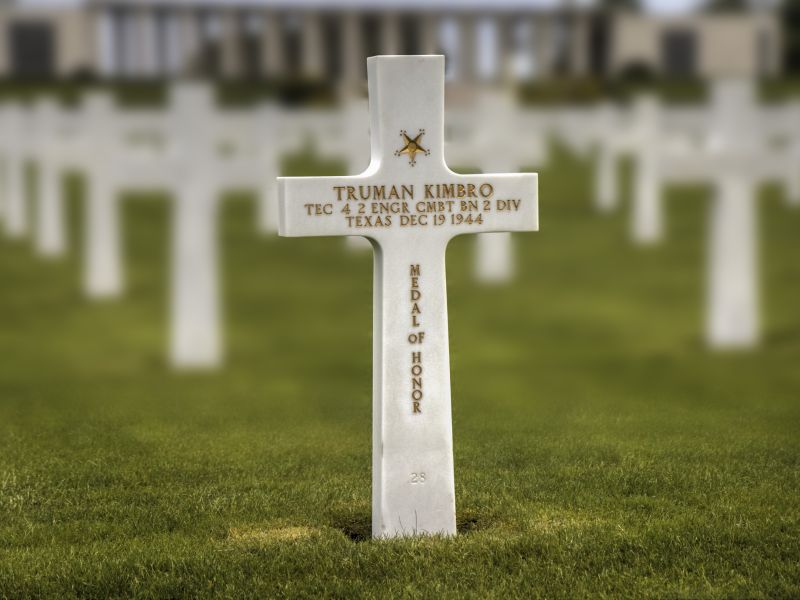