Maurice was born on August 14 1923 in Winnipeg, the son of Maurice Downing Gant (English) and Sophia Gant nee Einboden of Winnipeg. They were married on March 25 1914 in Bredenbury Saskatchewan. His brothers were Waverley Drake and Peter Elwood Gant and his sisters were Richarda Edythe, Alice Maude and Marjorie Undine Gant.

He was a student in accountancy and member of the Evangelical Church. He spoke English and from the public-school French and German. His sports were cycling, swimming and hiking.

He served from August 24 1942 with the Non-Permanent Active Militia Canada. He enlisted on October 31 1942 then in Winnipeg the RCAF and he went on June 24 1944 thereafter overseas to the UK.

Maurice was killed in action on Tuesday March 27 1945 age 21 due to a crash at Zevenhuizen 5 km southwest of Leek before or after an attack on Berlin in Germany. The other fallen RNZAF crew member was F/O Gordon D. Hudson age 26 in grave D-15. 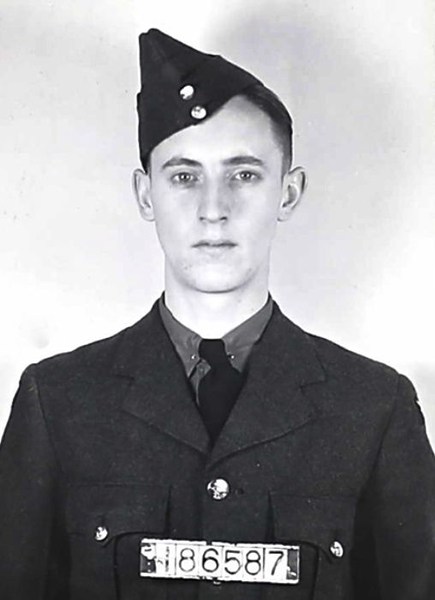 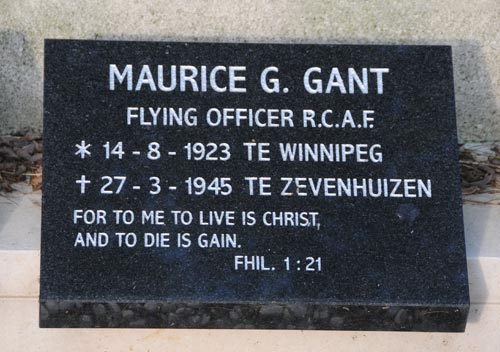