Oberleutnant Kleffel was a Kompanie commander in the Aufklärungs-Abteilung of the 3. Panzer-Division during early 1944. During the divisions defense of Orhei, on the 13.04.1944, the Soviets succeeded in reaching a defile in regimental strength just short of a patch of woods to the east of Orhei. From where his Kompanie was positioned Kleffel determined if the Soviets made it to the woods they would be in a position to compromise the Divisions entire defensive position. He launched a counterattack with his eight SPWs, and despite fire from Soviet anti-tank guns he was able to reach the defile and opened fire, scattering the Soviet infantry that were gathered there. He continued to pursue the Soviet regiment across the bridge where it had come from, inflicting heavy losses, and then pulled back across before the Soviets were able to take countermeasures. Kleffel was awarded the Knights Cross for his successful spoiling attack. 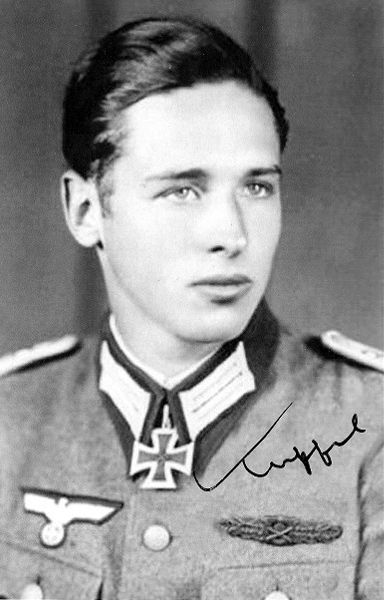