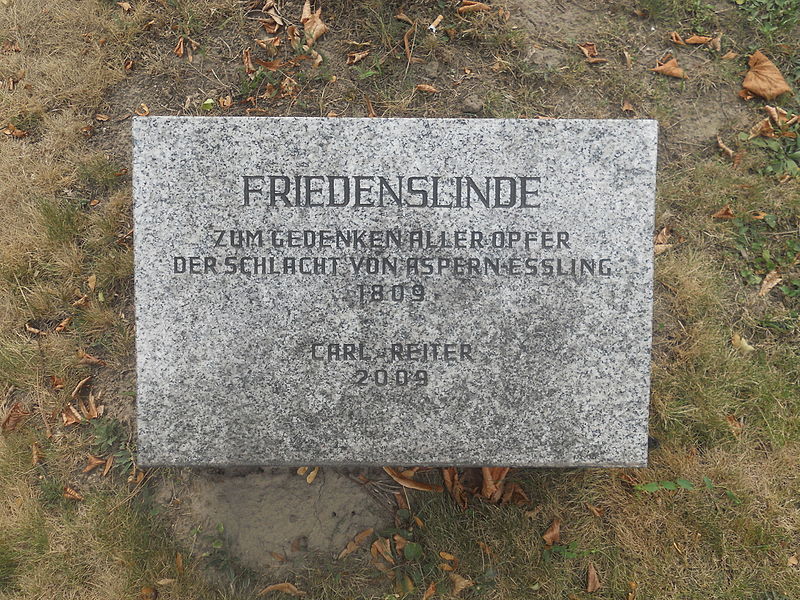 This Lime Tree commemorates all victims of the Battle of Aspern-Eßling.
The battle of Aspern-Eßling (Aspern-Essling) was a battle fought on 21 and 22 may 1809, during the Fifth Coalition War, between Napoleon's army, which tried to cross the Danube from Vienna and Austrian troops which the French aslew again. The French had 77,000 men, the Austrians 98,250 men. Of the French, 5631 men were killed, including three generals and Marshal Jean Lannes, 18,869 got injured and 2474 were captured. On the Austrian side, approximately 4,200 men were killed and 16,000 wounded.