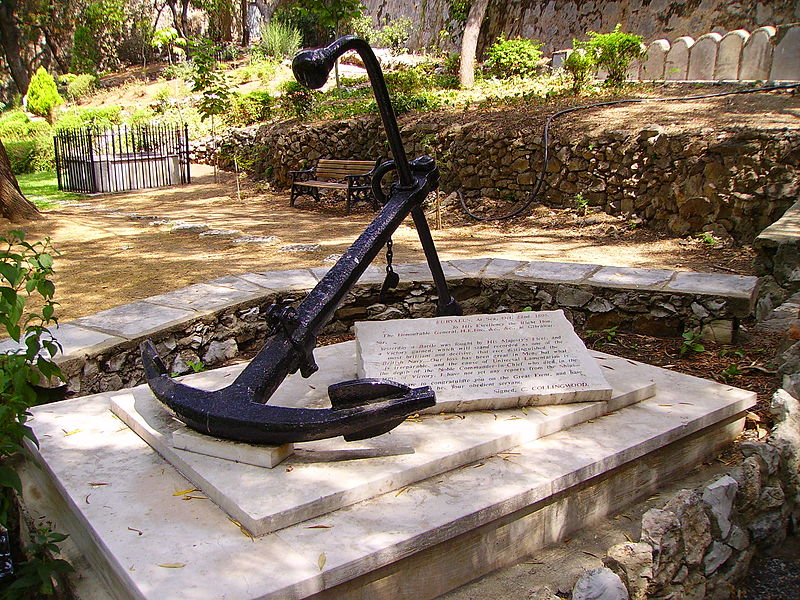 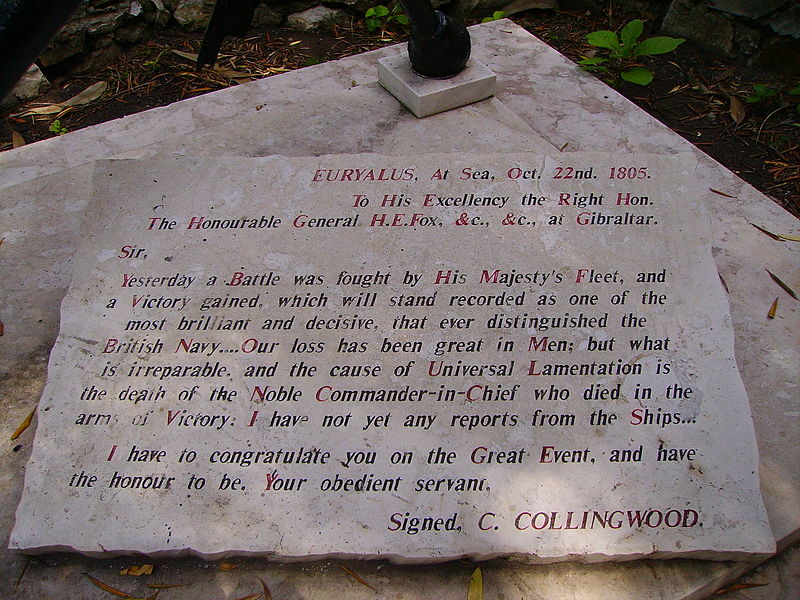 This memorial on Trafalgar Cemetery commemorates the Battle of Trafalgar.
The Battle of Trafalgar, on 21 October 1805, was the most important naval battle during the Third Coalition War between the United Kingdom and the French empire of Napoleon. A fleet of the British Royal Navy, consisting of 27 ships and led by Horatio Nelson destroyed on that day in a battle at Cape Trafalgar a French-Spanish squadron, consisting of 33 ships, under the leadership of the French vice-admiral Pierre de Villeneuve. Seventeen ships were captured and one destroyed. On the British side, 449 men were killed, including commander Horatio Nelson and 1246 wounded. On the French side, 2218 men were killed and 1155 and wounded and on the Spanish side, 1025 men were killed and 1383 wounded. About 7,000 French and Spanish sailors were captured.