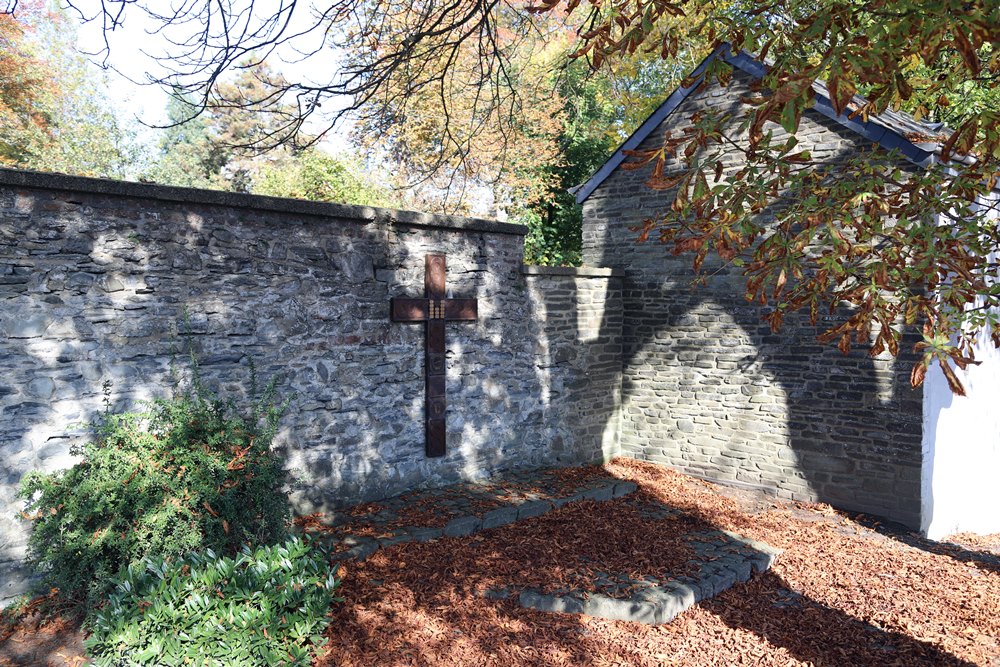 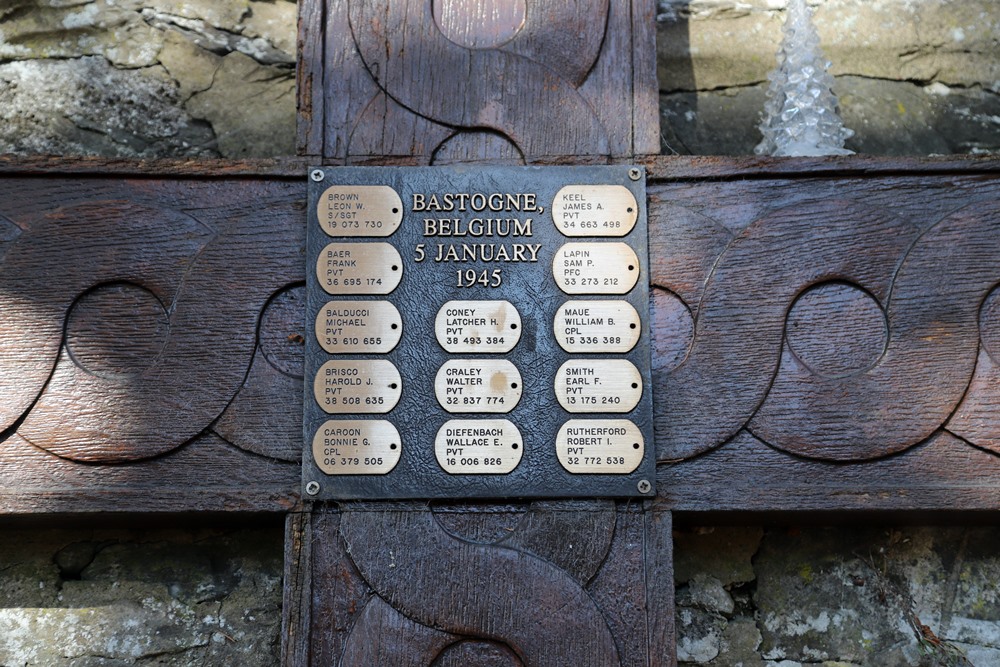 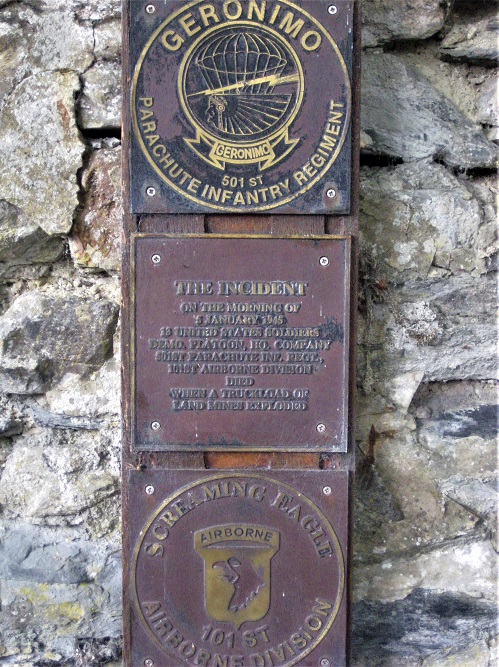 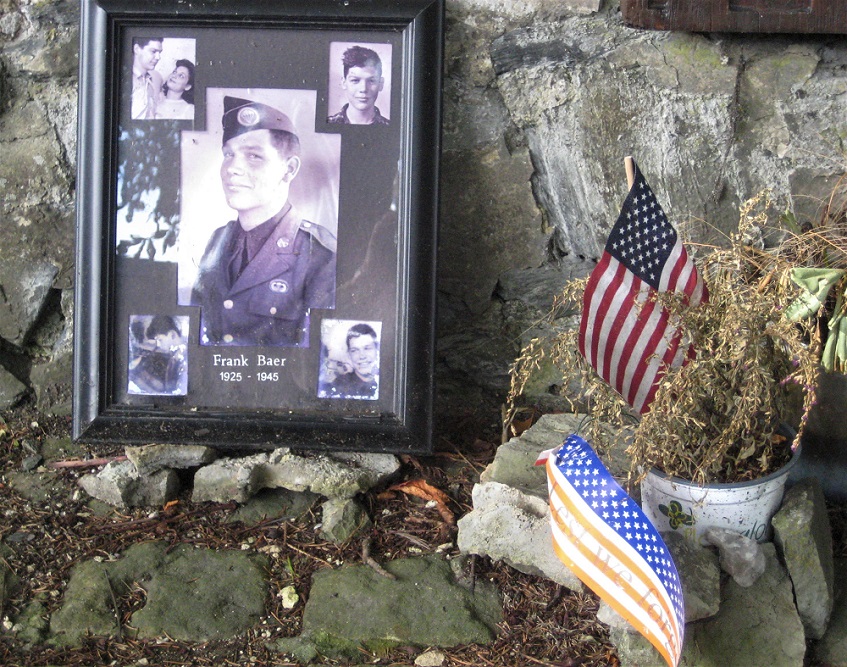 At the site of the contemporary Institut Notre-Dame Séminaire Bastogne, the Petit Séminaire was established at the time of World War II. During the Ardennes Offensive, the building served as the Regimental Headquarters of the 501st Parachute Infantry Regiment of the American 101st Airborne Division. The chapel of the building housed the Regimental Aid Station and later a Divisional Aid Station.

On January 5, 1945, a large explosion took place at the premises of the Petit Séminaire during the loading of land mines on a truck. The explosion killed 12 members of the Demolition Platoon of the 501st Parachute Infantry Regiment and 1 driver from the Service Company. In memory of this event, a memorial designed by André Cenne was inaugurated in 1992.