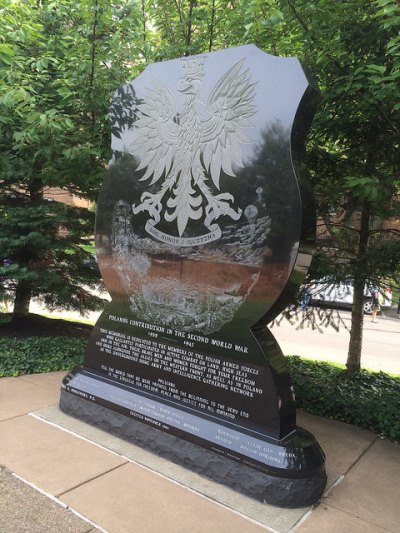 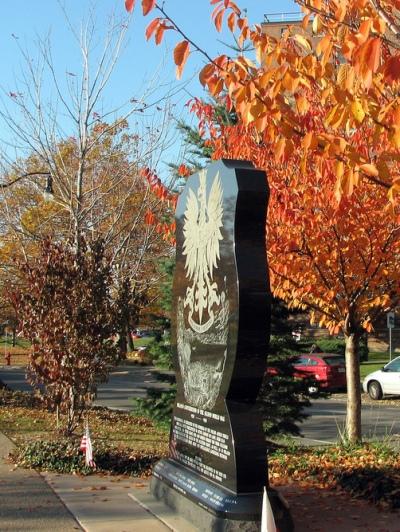 This memorial, in front of the Buffalo and Erie County Naval & Military Park, commemorates the actions of the Polish armed forced, as well as for the Allies as in Poland itself.

Text on the memorial:
This memorial is dedicated to the members of the Polish Armed Forces who gallantly participated in active combat on land, high seas and in the air. These brave men and women fought for your freedom and ours alongside the Allies on the Western Front, as well as in Poland as the underground Home Army and intelligence gathering network.