Monument of the Battle of the Nations Leipzig 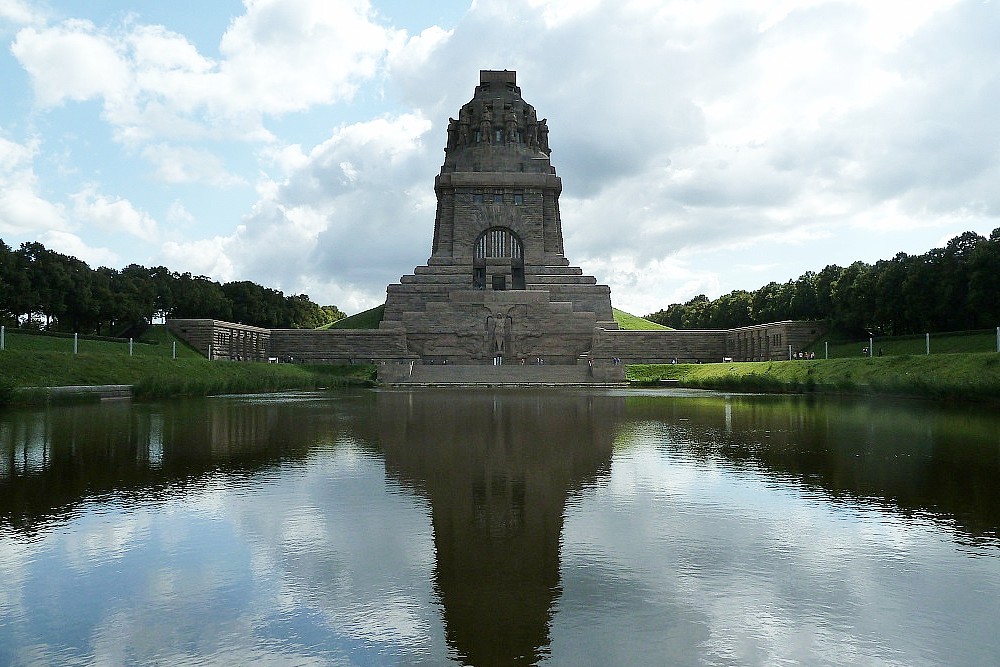 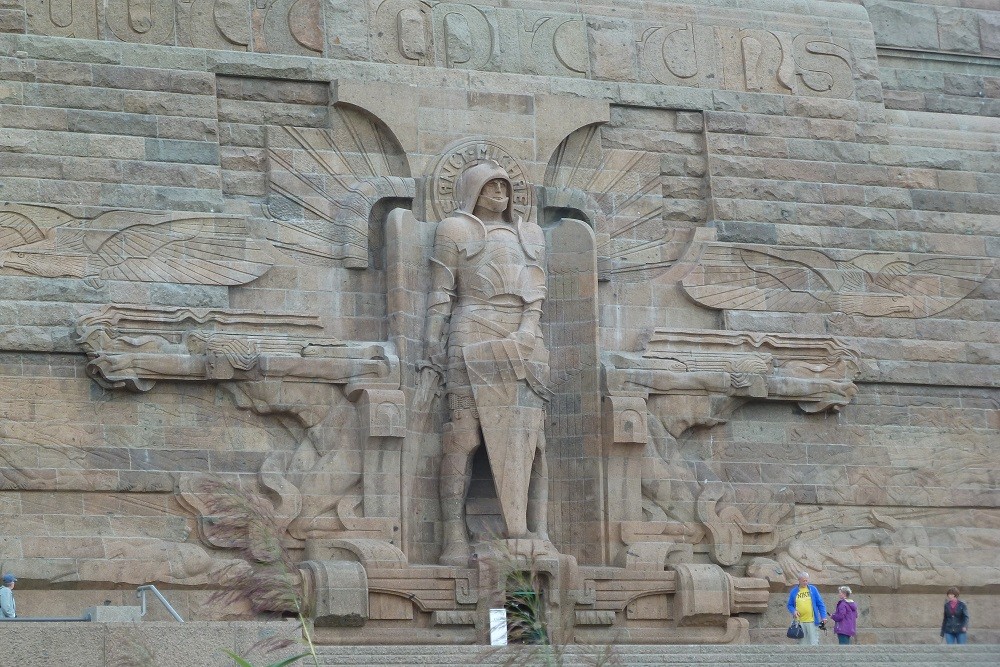 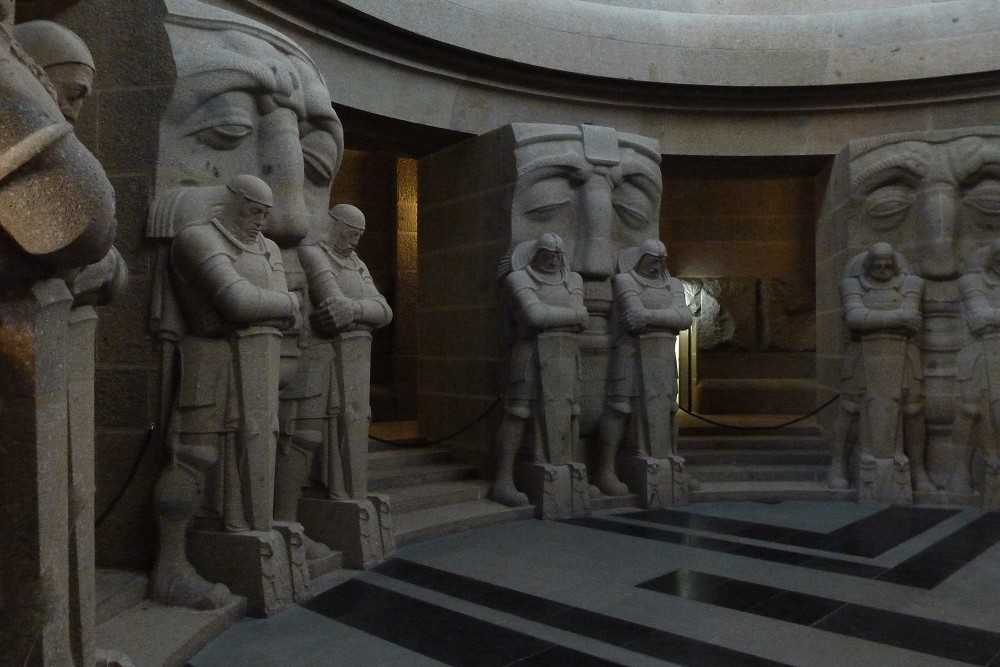 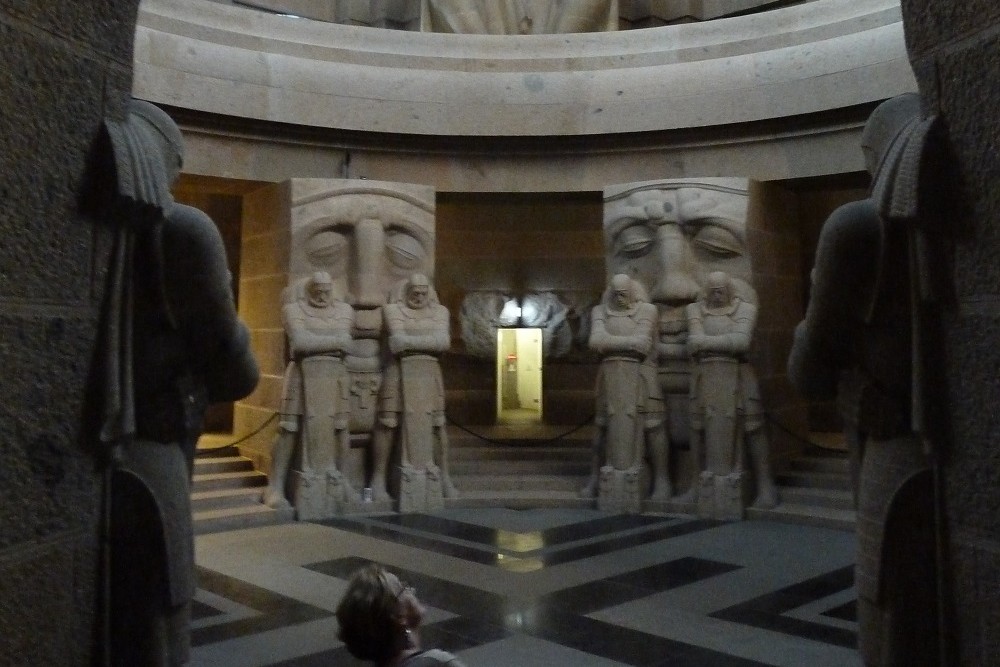 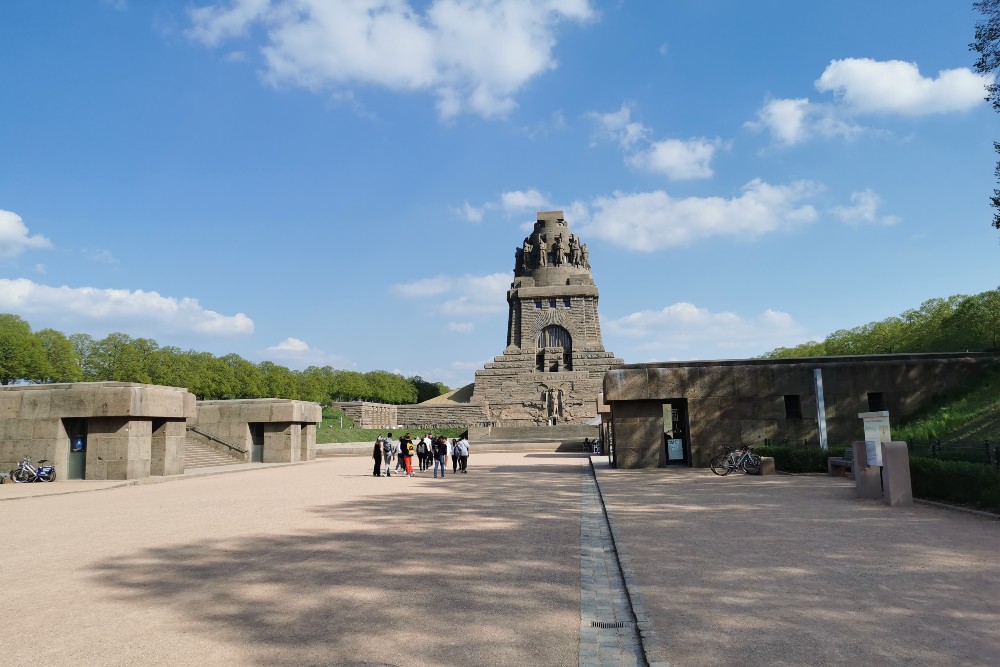 This grand monument (Völkerschlachtdenkmal) commemorates the battle of Leipzig. With a height of 91 meters, it is one of the greatest monuments of Europe. The architect was Clement Thieme.
The Battle of Leipzig or Battle of the Nations (Völkerschlacht bei Leipzig) took place from 16 to 19 October 1813 (with as most important date 18 October 1813) between the French army (along with Polish, Italian and German troops) of Napoleon Bonaparte and a coalition of the armies of Russia, Prussia, Austria and Sweden. The battle resulted in a decisive victory for the coalition.
Almost 600,000 soldiers were involved in the battle, making it the largest battle in Europe before the First World War. It was the most bloody battle of the Napoleonic Wars. On the French side, 45,000 men were killed or wounded and 36.000 soldiers (including 15,000 wounded) were taken prisoner. On the side of the coalition, 54.000 men were killed or wounded.
Because of the large numbers of dead and wounded, they could not be cared for or buried. Because of this, typhus and cholera broke out in and around Leipzig after the battle and the diseases quickly spread through Germany and then throughout Europe.