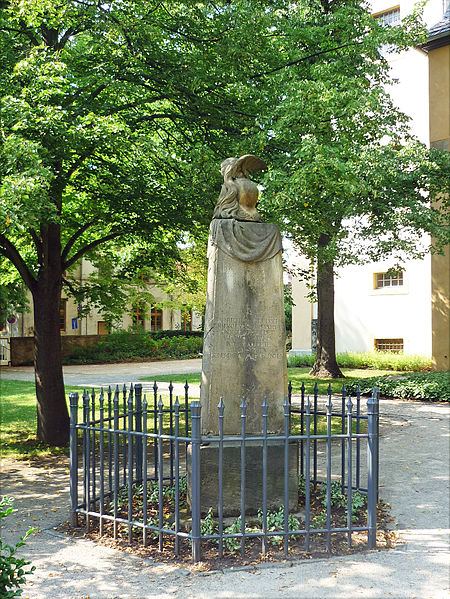 On the Jacobsfriedhof is the grave of the Prussian Lieutenant-General Carl Wilhelm Graf von Schmettau. He dien in Weimar on 18 October 1806 from wounds sustained in the Battle of Auerstedt, which took place on 14 October 1806.
The battle was won by the French. On the French side, about 7500 solders where killed or wounded, on the Prussian side about 13,000.