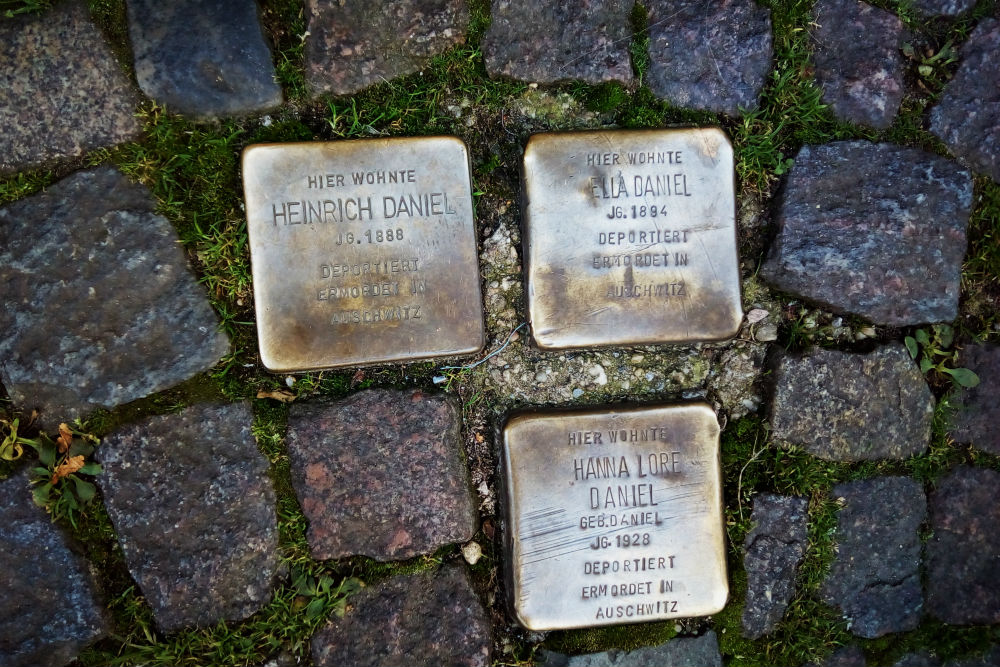 Ella Daniels maiden name was Hayum and Hannah Lore Daniels name is "Hannalore" in the Yad Vashem and US HMM databases. Hannelore was not married. According to these sources, all three Daniels were deported from Dortmund, Germany, to Theresienstadt on 29 (or 30) July 1942. Heinrich Daniel apparently lived in Haltern before Dortmund. From Theresienstadt, they were all deported to Auschwitz on 09 October 1944. Hannelore would have been 16½.

No other information was found on this family.