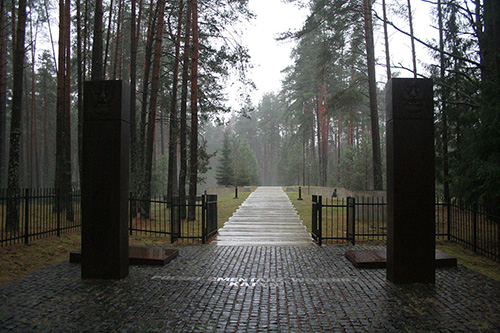 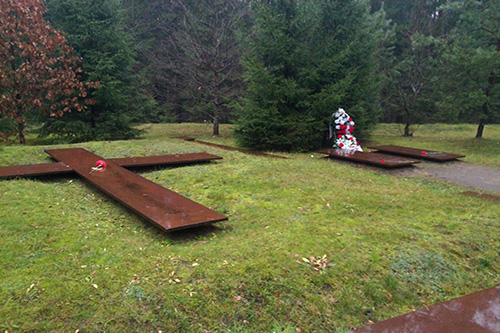 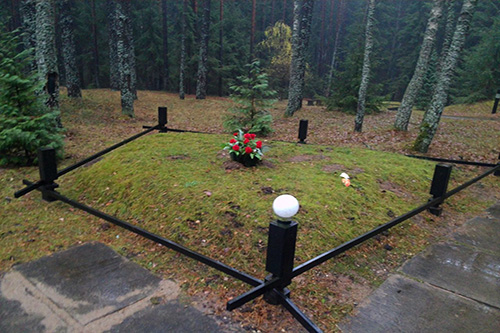 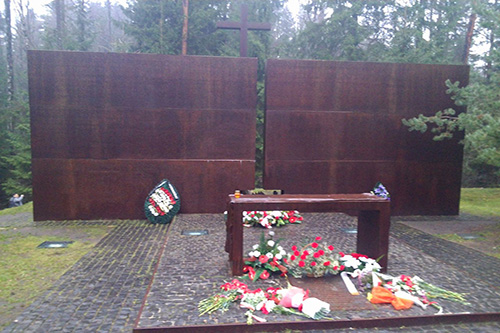 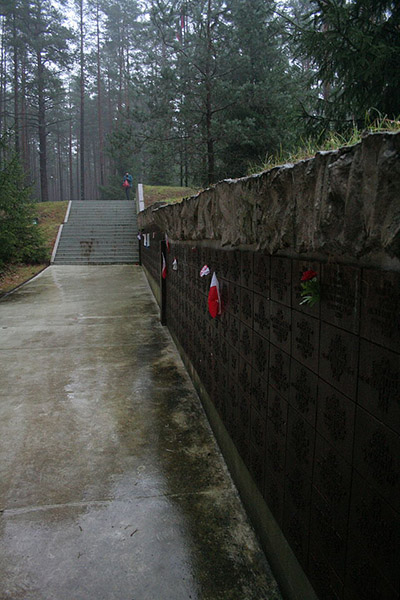 There are 4412 Polish officers from the Kozelsk prison camp buried here in 6 large mass graves. They were killed in 1940 by the Soviet secret service 'NKVD', during the Katyn massacre. There are also the graves of two Polish generals who were exhumed by the Germans during the Second World War and who were reburied here.