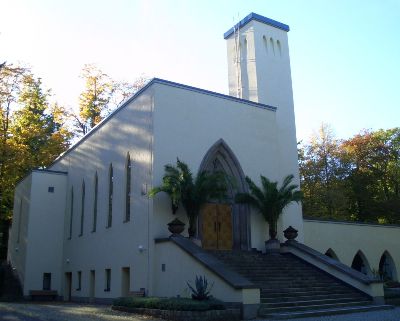 The Neuer Friedhof (New Cemetery) in Potsdam was opened in 1867. The cemetery contains wargraves from the First and Second World Wars. The cemetery was heavy damaged during a bombardment on 14th April 1945. After the Second World War it was neglected. Since East and West Germany came together again, slowly the sight is being restored.