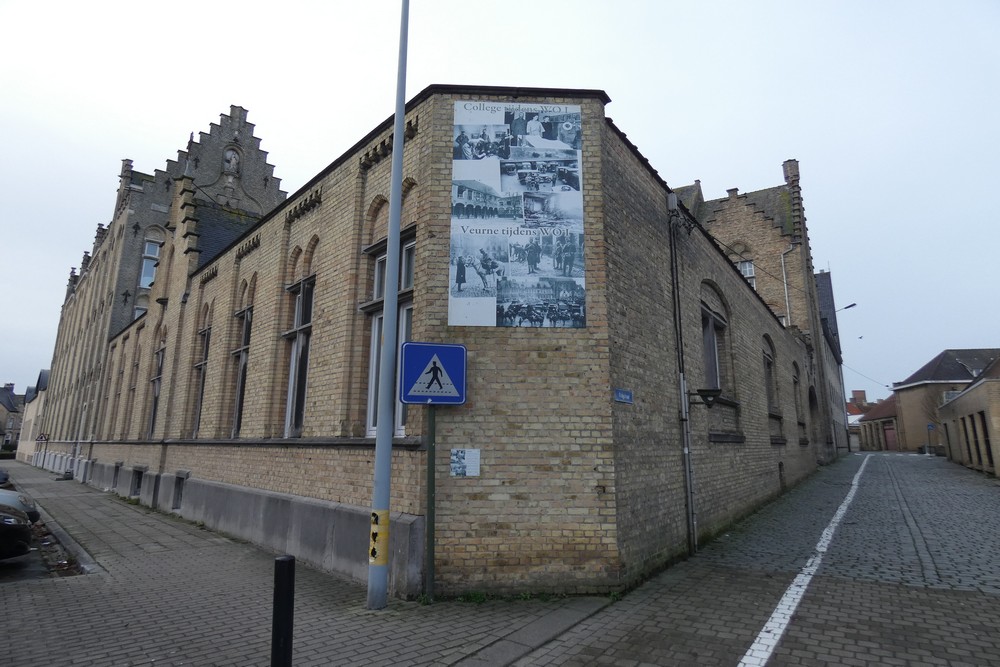 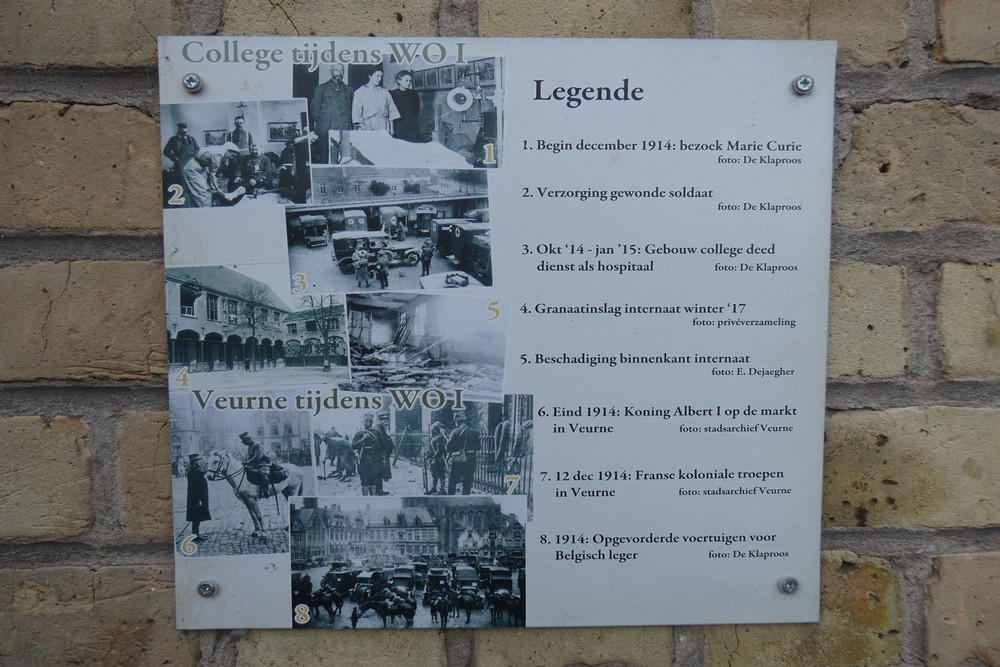 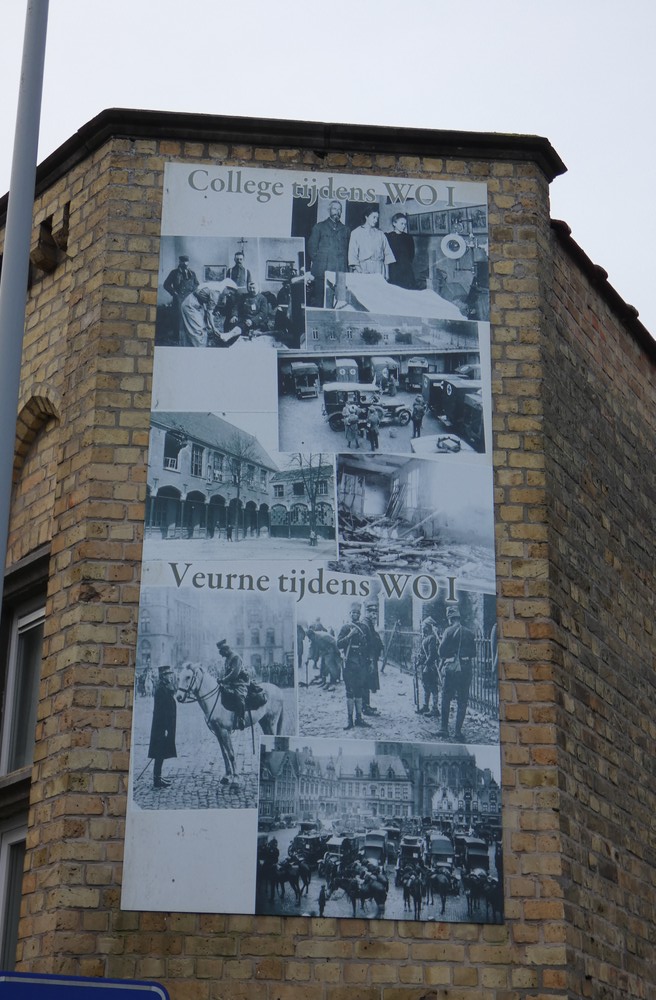 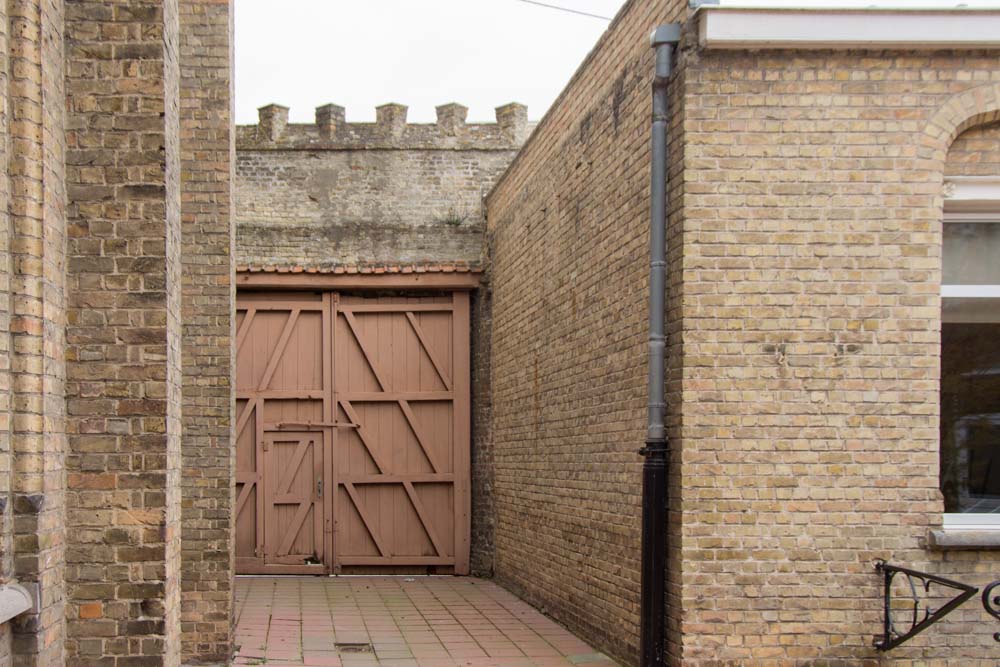 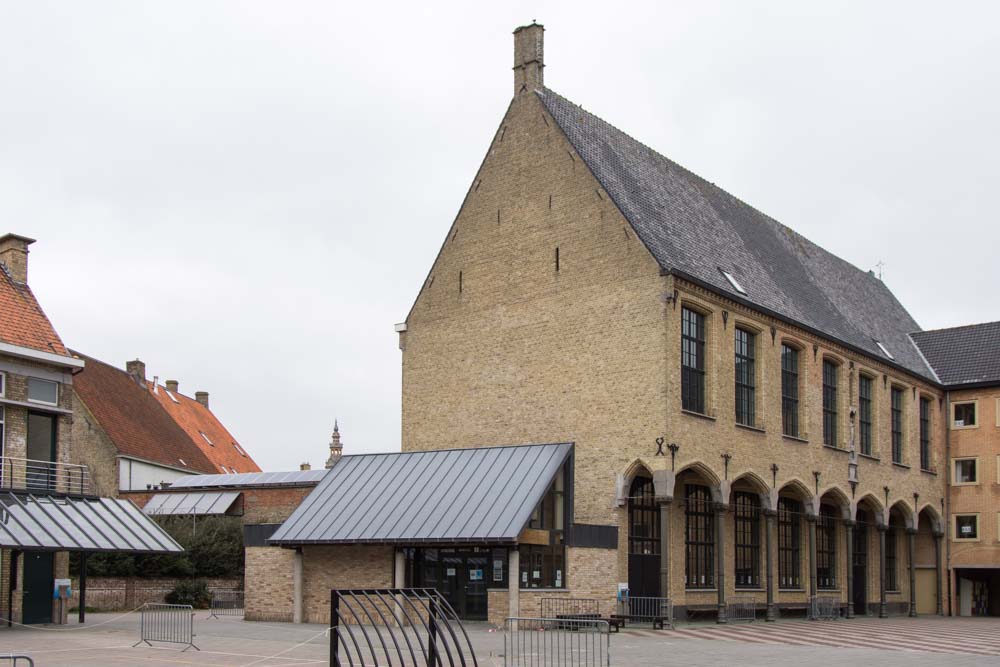 This college was used as Military Hospital during the First World War.

In October 1914, the Belgian Field Hospital was established in the St. John's Hospital of the Diocesan College. Here mainly victims of the Yser Battle are received and cared for. The choice of Veurne is not illogical because of its location at a crossroads of important roads and not far from the French border. In January 1915 the hospital was moved to Hoogstade because of the increasing German artillery bombardments.
In December 1914, Marie Curie arrived here with her daughter Irène on a mobile radio car to help take X-rays of the wounded soldiers.
Today you can still see the gate in the College where the wounded were brought in, and the former hospital. This location is not open to the public.