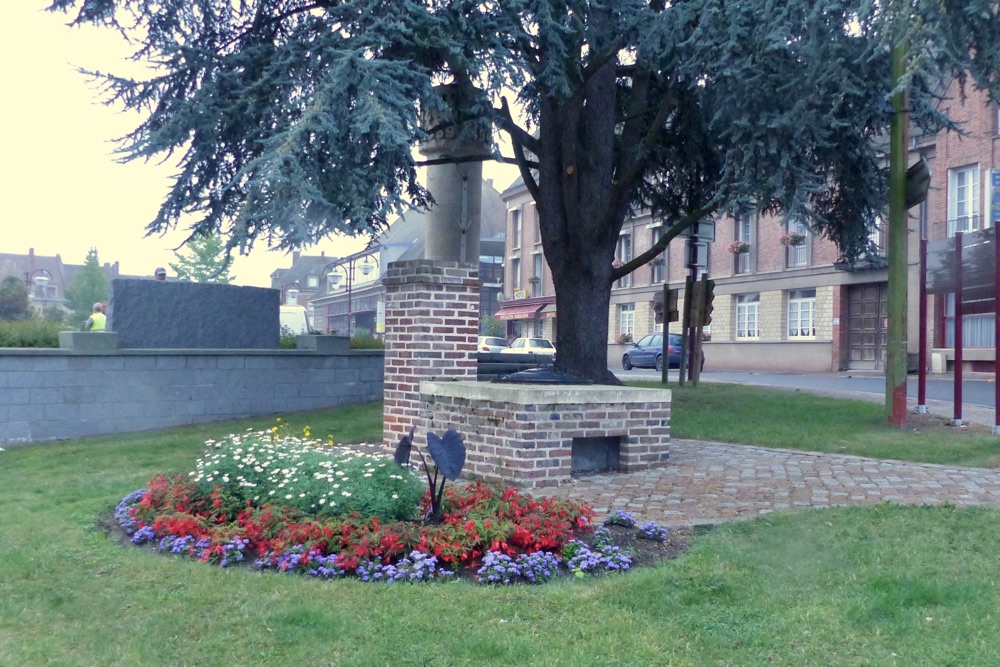 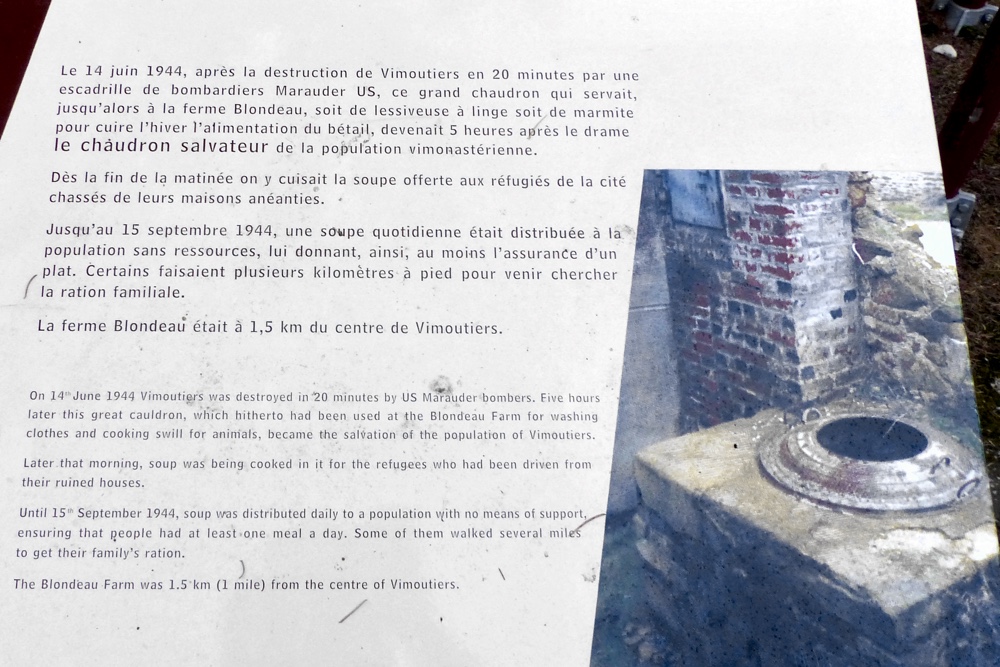 The memorial reads: On 14 June, 1944, Vimoutiers was destroyed in 20 minutes by US Marauder bombers. Five hours later this great cauldron, which hitherto had been used at the Blondeau Farm for washing clothes and cooking swill for animals, became the salvation of the population of Vimoutiers.

Later that morning, soup was being cooked in it for the refugees who had been driven from their ruined houses.

Until 15 September 1944, soup was distributed daily to a population with no means of support, ensuring that people had at least one meal a day. Some of them walked several miles to get their family's ration.

The Blondeau Farm was 1.5 km (1 mile) from the centre of Vimoutiers.