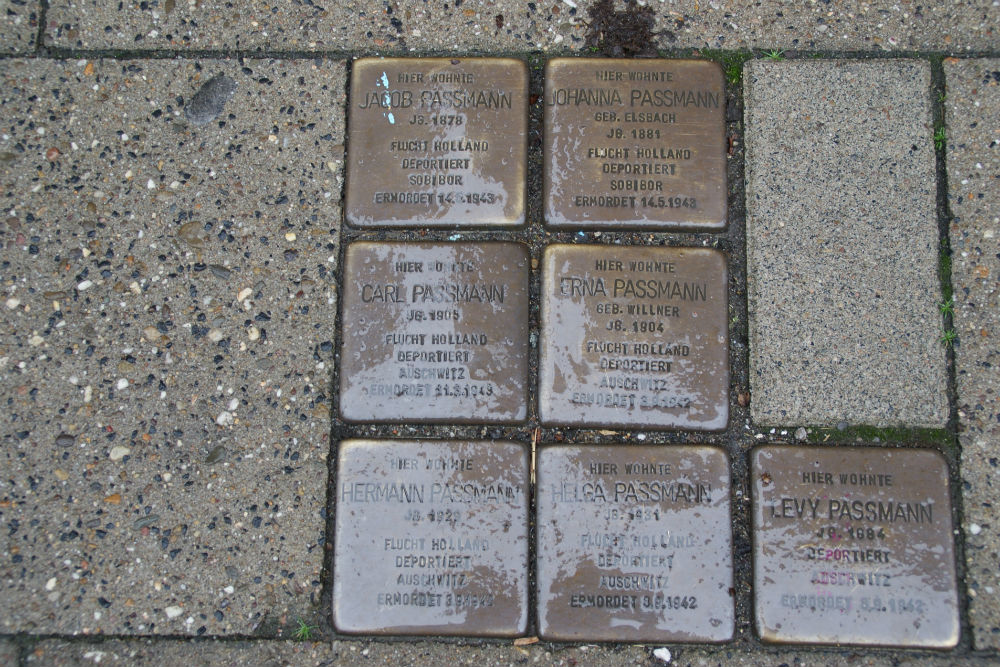 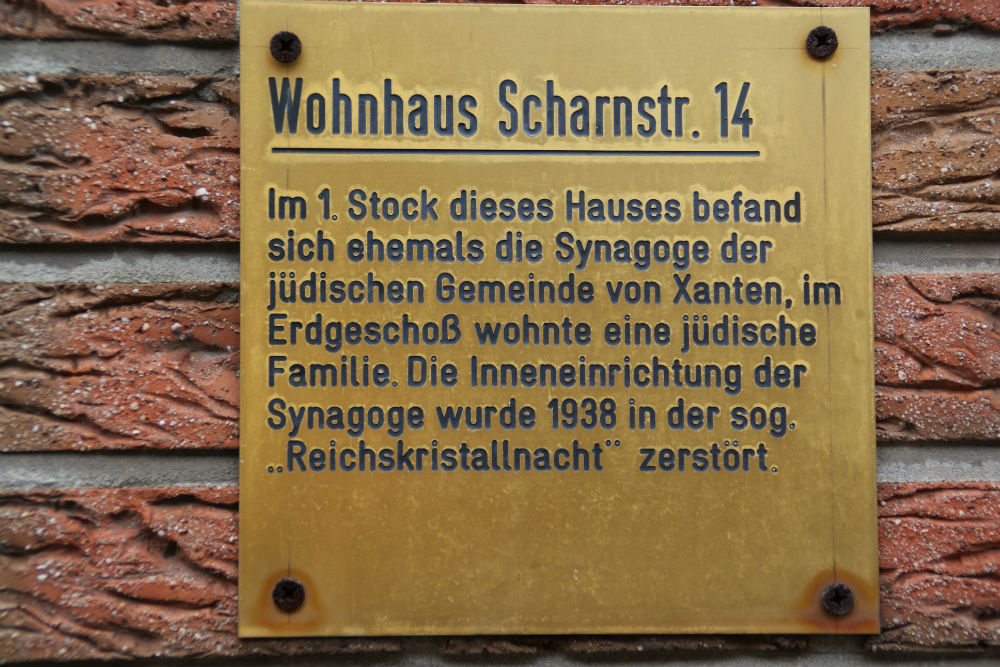 This extended family lived together in one house in Xanten. Jakob and Johanna Passmann had one son, Carl Passmann, a merchant. He also lived there with his wife Erna Willner and their two children, Helga and Hermann. A seventh family member there was Levy Passmann, Jakobs brother. No information was found on whether he married.

At some point, all seven fled from Xanten to Oss, Holland, where Enrnas mother Hermine Willner lived. Stolpersteine have been laid for the eight family members at their home on Schoolstraat 7. From there, the eight were taken to Westerbork transit camp. First to be deported from Westerbork, on 31 August 1942, were Carl, Erna, Hermann, Helga and Levy.

Carl was deported from Westerbork first to Auschwitz and then, along with other men from Oss, was apparently sent to work in Fürstengrube, a nearby coal mine. The mine used Soviet prisoners of war, Jewish slave laborers and forced laborers from the USSR. Carl, along with others from the Netherlands, was killed on 11 March 1943, five months before Fürstengrube became a formal Auschwitz sub-camp.

Carls wife and children, ages 11 and 12 and Levy Passmann were deported on 31 August 1942 from Westerbork to Auschwitz where they arrived on 01 September and were murdered 2 days later.

Jacob and Johanna lived another 8 months: they were deported 11 May 1943 from Westerbork to Sobibor and murdered there 3 days later.

The plaque on the wall states:
Residence Scharnstr. 14
On the first floor of this house was formerly the synagogue of the Jewish community of Xanten; on the ground floor lived a Jewish family. The interior of the Synagogue was destroyed in 1938 in the wake of "Reichskristallnacht".


"Stolpersteine" is an art project for Europe by Gunter Demnig to commemorate victims of National Socialism (Nazism). Stolpersteine (stumbling stones) are small, 10x10cm brass plaques placed in the pavement in front of the last voluntary residence of (mostly Jewish) victims who were murdered by the Nazis. Each plaque is engraved with the victims name, date of birth and place (mostly a concentration camp) and date of death. By doing this, Gunter Demnig gives an individual memorial to each victim. One stone, one name, one person. He cites the Talmud: "A human being is forgotten only when his or her name is forgotten."