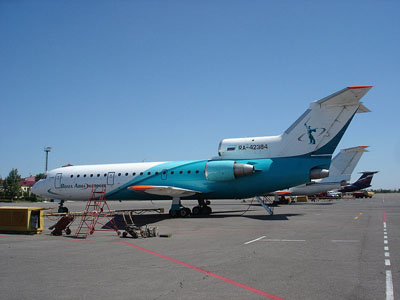 Volgograd International Airport, then named Gumrak airfield was used by the German 6th Army as fuel and supply depot during the battle of Stalingrad. After the fall of Pitomnik on 17 January 1943, Gumrak was the only one of seven airfields around Stalingrad still in German hands. On 22 January, the last He 111 aircraft left the airfield with 19 wounded soldiers. Gumrak eventually fell on 23 January 1943.