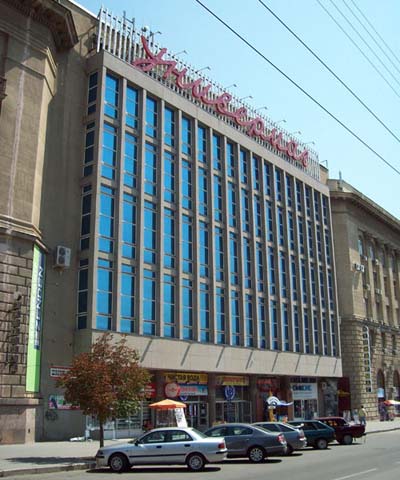 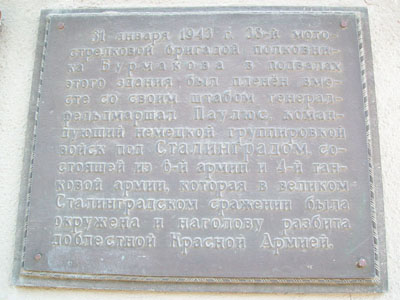 This plaque marks the place where Generalfeldmarschall Paulus was captured by the Red Army on 31 January 1943 and commemorates this event.

The text on the plaque reads:
"On 31 January 1943, the 38th Motorized Rifle Brigade under command of Colonel Boermakov captured Generalfeldmarschall Paulus together with his general staff in the basement of this building. Paulus commanded the German troops at Stalingrad, consisting of the 5th Army and 4th Tank Army, which were surrounded and crushed by the brave Red Army." 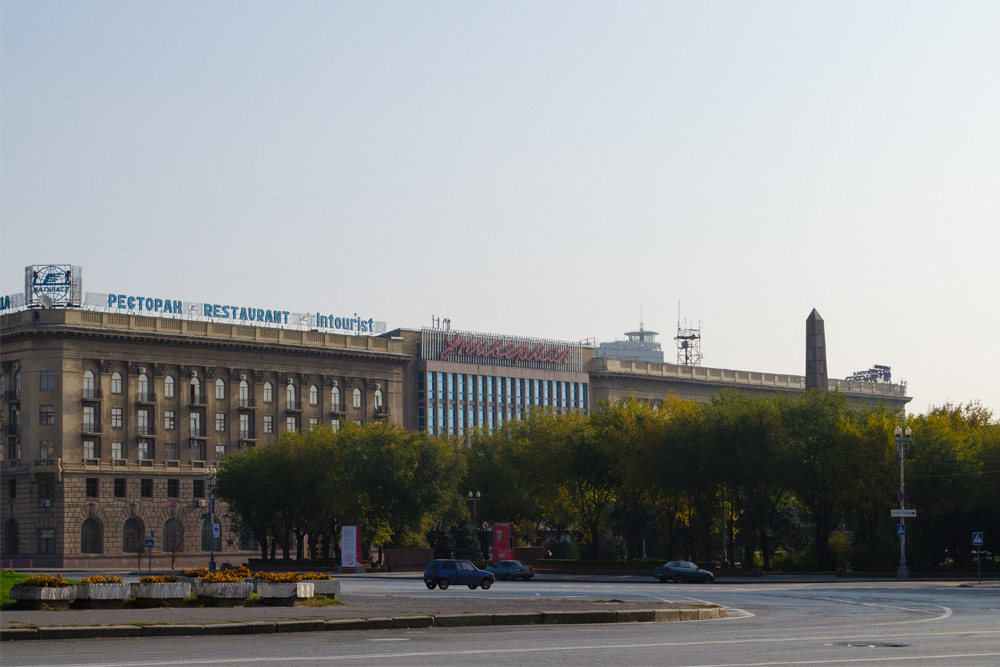 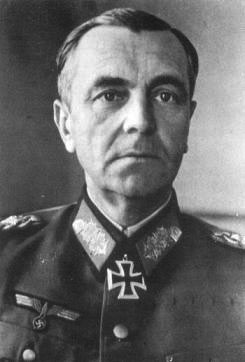