Equestrian Statue of Emperor William I 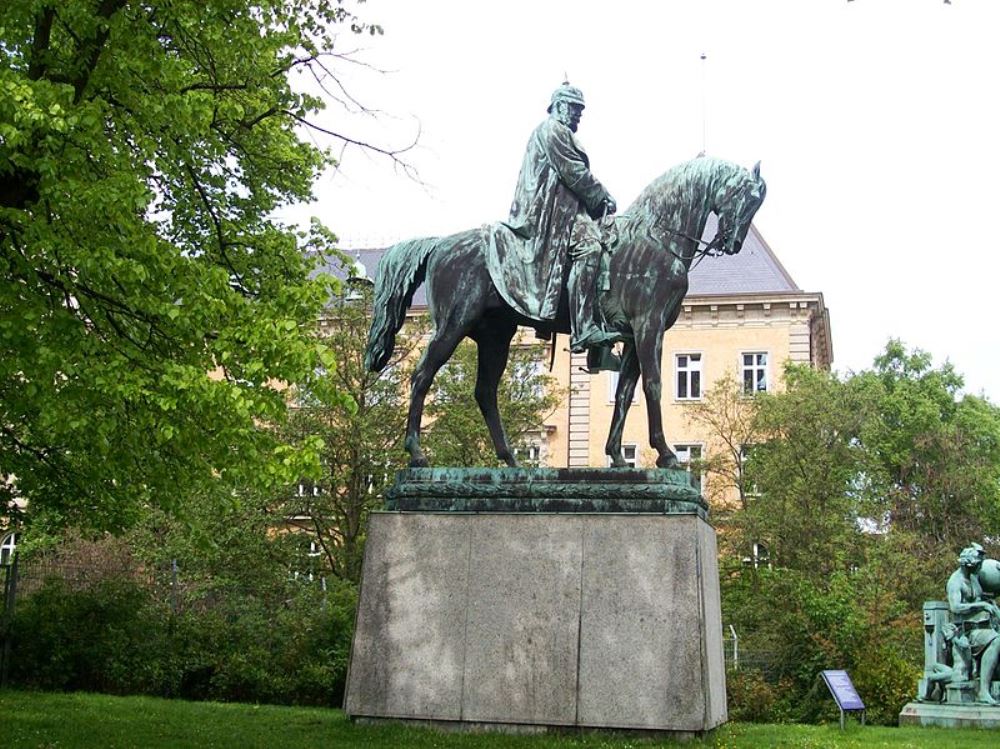 This statue commemorates Emperor William I.
Kaiser Wilhelm I, also known as William I (Wilhelm Friedrich Ludwig von Hohenzollern, March 22, 1797 - March 9, 1888) of the House Hohenzollern, was a Prussian and German monarch. From 1814 he fought against the army of Napoleon, including in the Battle of Waterloo. He became king of Prussia in 1861 and was German emperor from 1871 until his death.
Under the reign of Wilhelm and his chancellor Otto von Bismarck, Prussia achieved the unification of Germany and the foundation of the German Empire and France was defeated in the Franco-Prussian War.