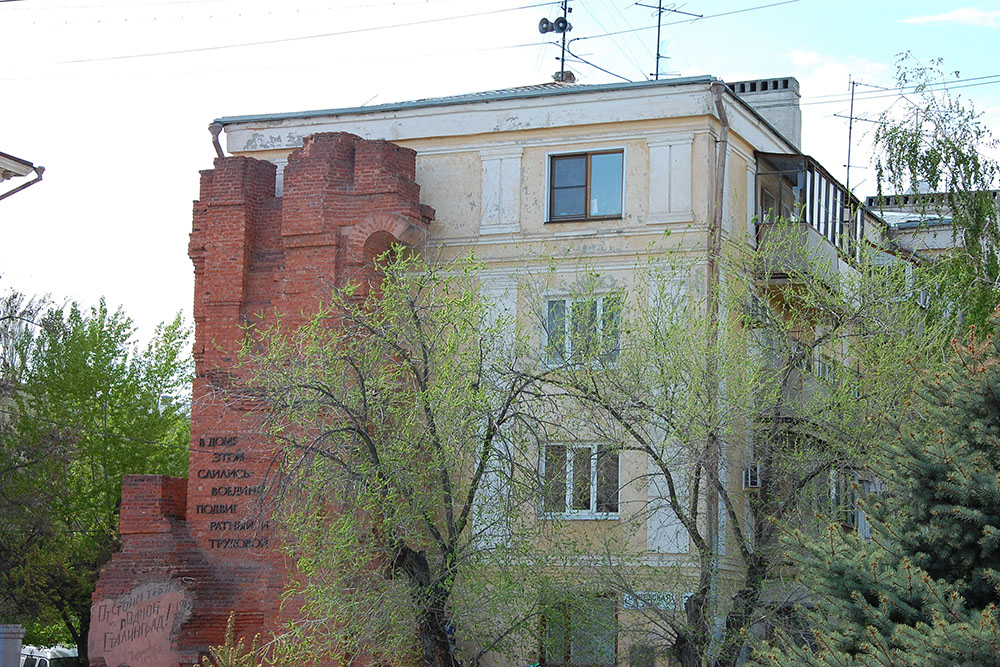 "Pavlov's House" was a four-story building, which was scene of brutal fighting from 23 September to 25 November 1942, during the battle of Stalingrad. It was held and defended by a 25-man understrenght platoon and Soviet citizens under direct command of Junior Sergeant Yakov Pavlov. To prevent being isolated, a communication trench was dug to Soviet positions outside.

"Pavlov's House" today:
It was rebuild after the battle and a memorial, made from bricks from the original building, was attached to the eastern outer wall of the complex. The text on this memorial reads:

"In this house, military and workers heroic deeds were united."