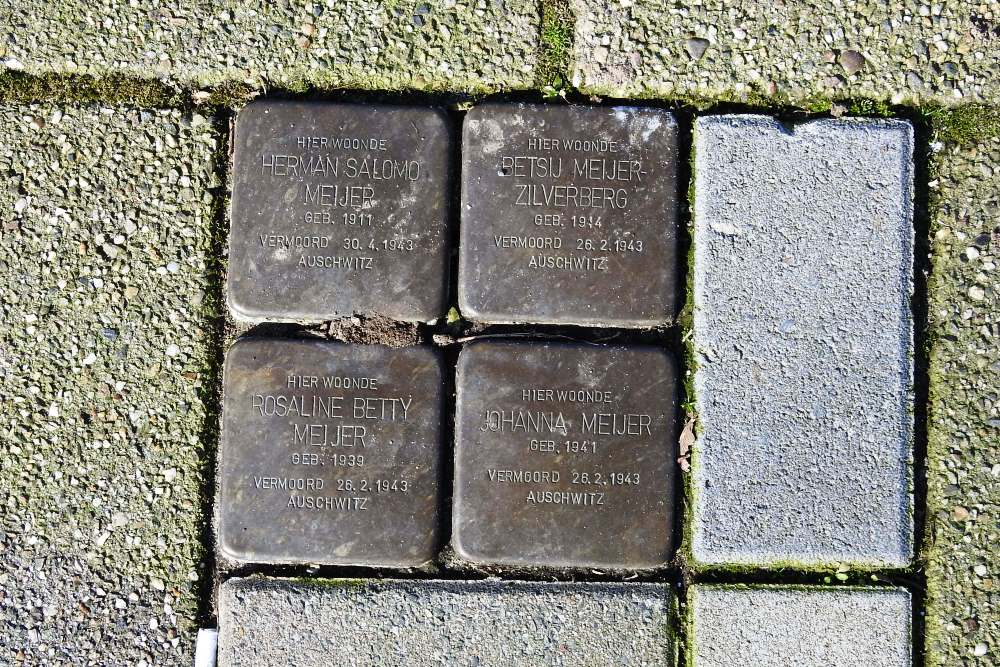 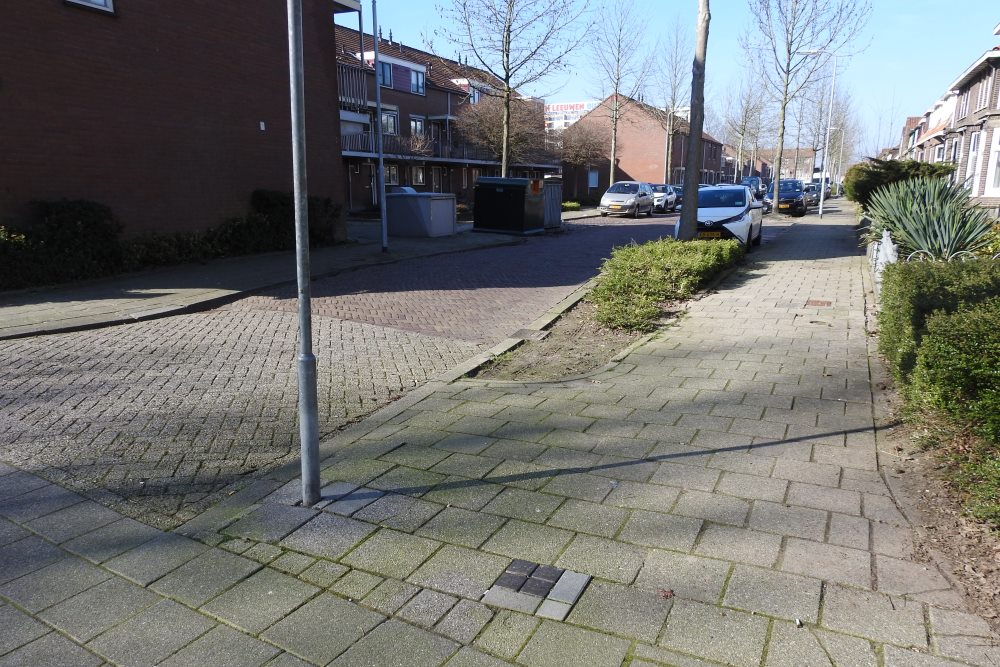 These small, brass memorial plaques (stolpersteine, struikelstenen, or stumbling stones) were installed on 30 April 2018 to commemorate:

Herman Salomo Meijer, a sales representative from Dordrecht, and Betsij Zilverberg from Oss were married in 1938. They had two daughters, Rosaline (born 1939) and Johanna (born 1941). The family moved to Zwijndrecht in 1941 and lived at Da Costastraat 35, where they had good relations with their neighbors. The family was arrested and taken to Westerbork on 11 November 1942. Three and a half months later, they were deported to Auschwitz. The two girls (ages 3 and 2 years) and their mother (age 28) were killed on the day they arrived in Auschwitz. The official date of death of their father Herman (age 31) was set at two months later.

Stolpersteine for Hermans parents, 2 brothers and a sister are at Voorstraat 27 (niewe 35) rood, Dordrecht, NL.