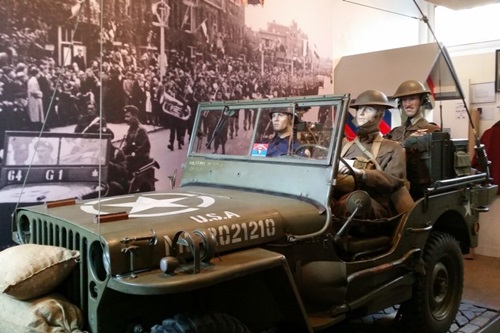 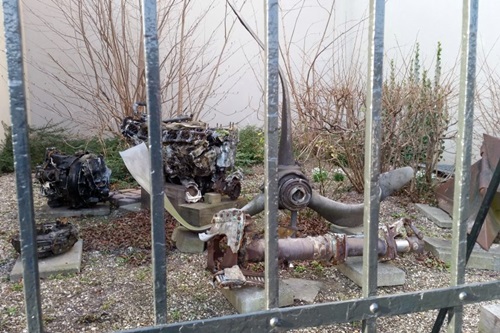 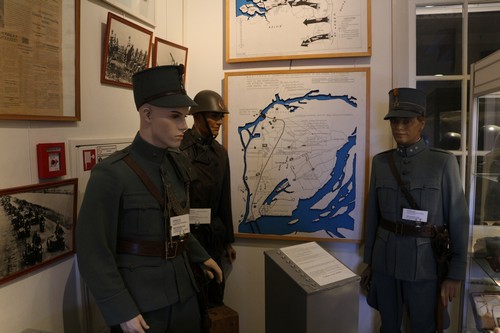 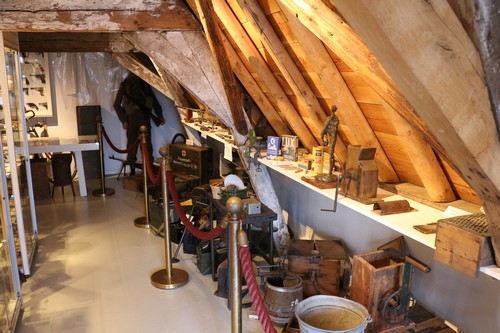 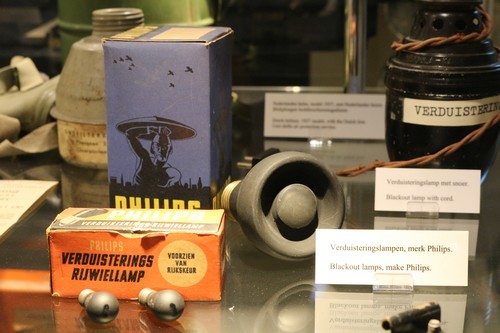 History
The Museum 1940-1945 in Dordrecht, in the province of South Holland in the Netherlands was officially opened in June 1988 by HRH Prince Bernhard. The basis of the collection is formed by the salvaged items of Mr. K.P. Makkelie. Still today objects from the war are being donated both by private persons and by companies, which expanded the collection significantly in the course of time. Since 2001 the museum has been housed in a restored historical building in the ancient centre of town.

Specifics
The war years in and around Dordrecht form the most important content. During the days in May 1940 heavy fighting took place both inside and around the one time garrison town. 200 Dutch military lost their lives during the battle for the Island of Dordrecht. This battle deserves much attention, but also the following years of occupation are well represented with themes like resistance, collaboration, prosecution, civil life and liberation. Also there are temporary expositions, in 2015 about the liberation of the town by the Canadian Forces and about the resistance fighters Henk Sebes and Aart Alblas.

Next to military uniforms, weapons and a Willys Jeep it is mostly the smaller items from which the collection is composed, like home-made cigars of home grown tobacco, war money, ration tickets, substitute soap, black-out bicycle lights, Nazi propaganda, NSB memorabilia and military badges. Outside the museum in a garden there are also parts of aircraft, crashed in the neighbourhood. Miniature dioramas and walls with information provide additional information.

The museum possesses a small library with, amongst others, local and national newspapers, periodicals and leaflets from the war years. The museum also offers an opportunity to provide guided tours for school classes. For children a quest is available.

Why visit?
Museum 1940-1945 occupies two floors and is relatively small. The application of multimedia is dated and limited. In spite of that, a visit is worth your while because of the varied collection and its recognizable part thereof, especially for those visitors who experienced the war themselves or are familiar with the stories of their parents or grandparents. Apart from that, in the museum there are always guides available to answer your questions and to provide guided tours. They are familiar with the story behind every museum piece. Exactly behind the small objects fascinated and surprising stories are hidden.

Location
The museum is located at the Nieuwe Haven 27-28, hardly a quarter of an hour by foot from the central railway station. In this characteristically harbour quarter with historical buildings the walk may be fully enjoyed. The shopping area in the new centre is within walking distance. A visit to the war museum can be easily combined with a visit to the Dordrechts Museum which harbours a significant art collection. Dordrecht borders at the national Park De Biesbosch which provides many watersports opportunities. Here you will find also the Biesbosch Museum which will be renovated in 2015 and from where you can enjoy round trips by whispering boats in the nature of the national park.

Future
Already for some time the management of the museum has plans for expansion as the present area is actually no longer sufficient. Concrete plans are not yet available. At the occasion of the 30 years anniversary of the existence of the museum in 2018 an exposition will be organized around the theme of Dordrecht Garrison Town.