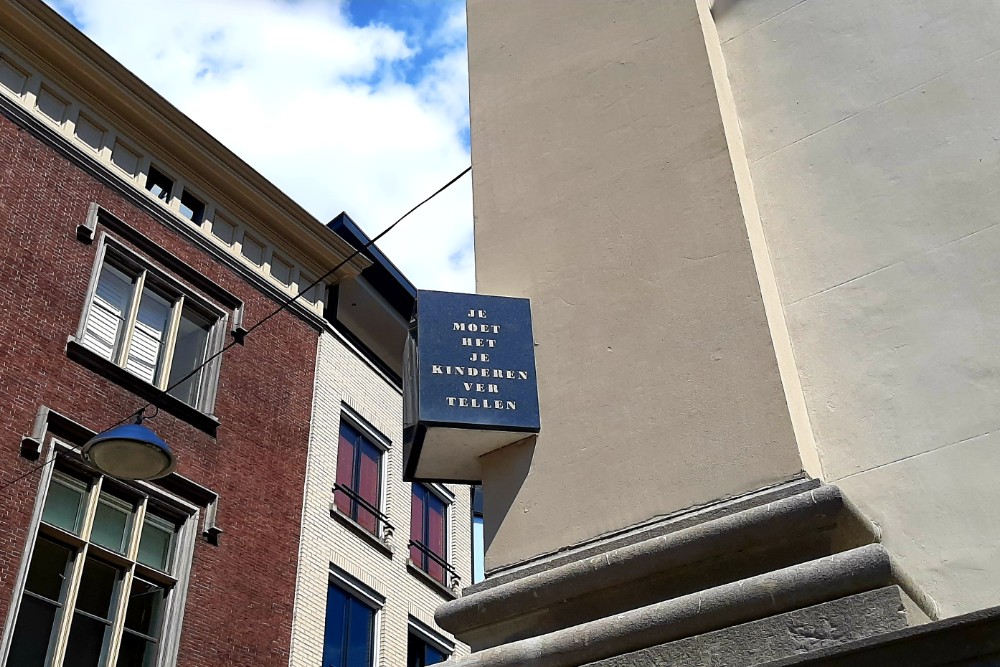 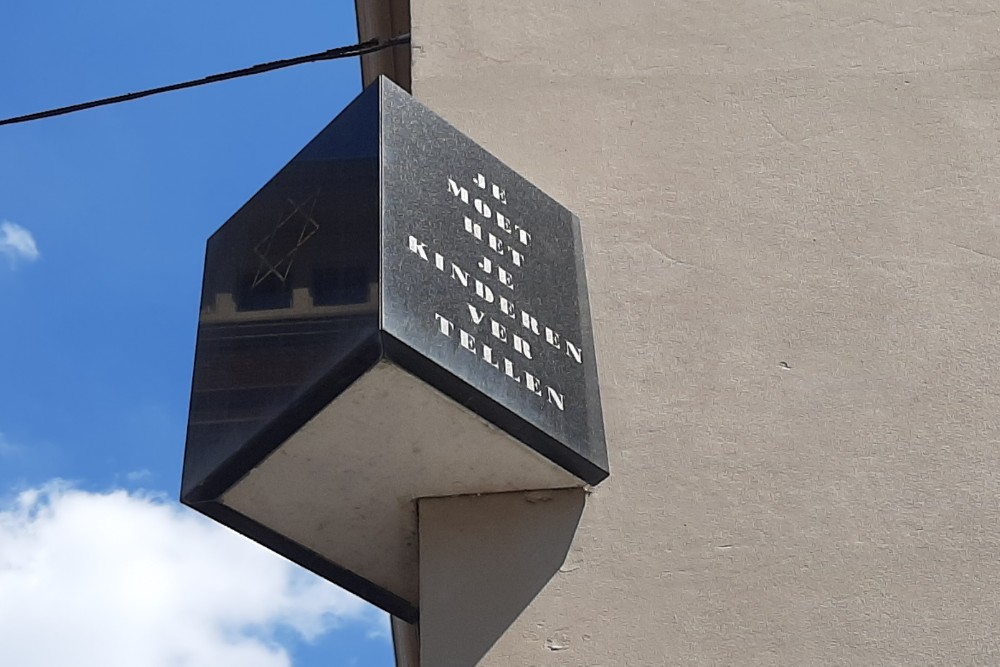 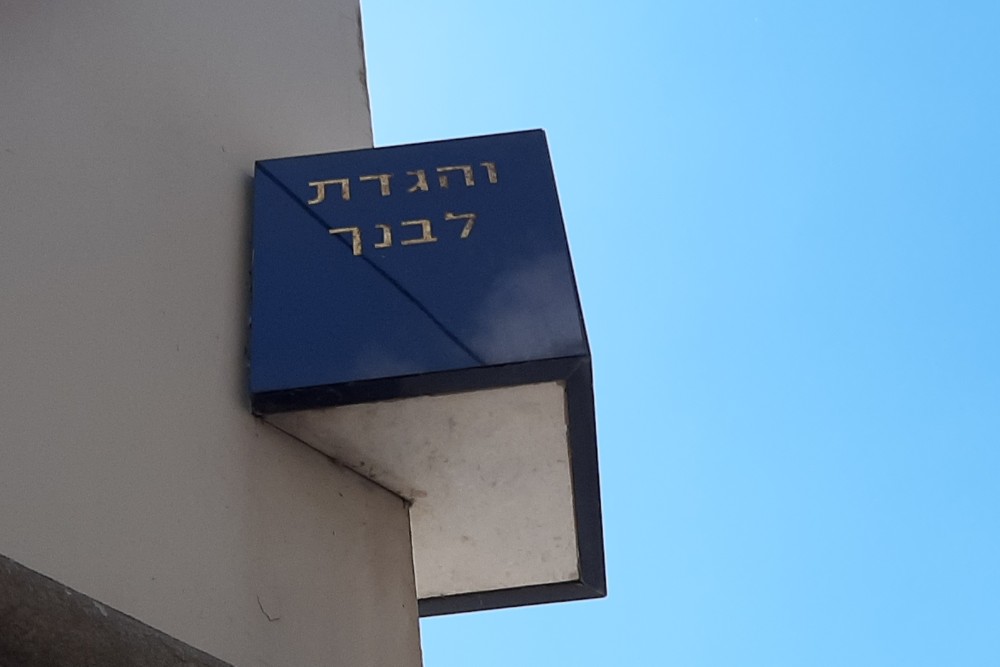 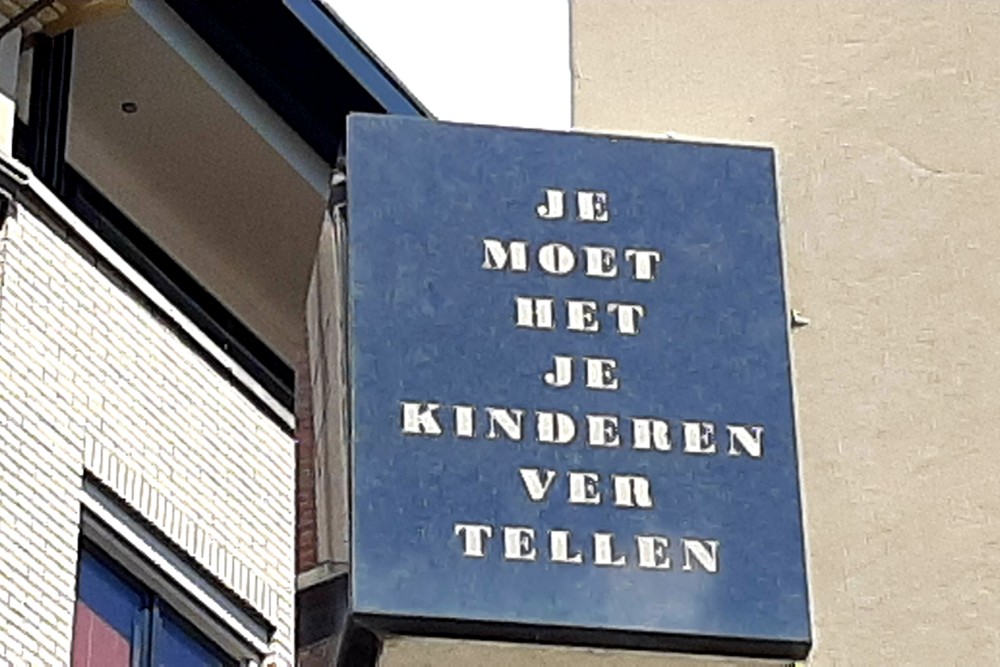 This Memorial hangs on the old city hall of Dordrecht.

It is a black remembrance stone with a Jewish star and the text:
[I]YOU
MUST
TELL
IT
TO
YOUR
CHILDREN[/I]

It commemorates the hundreds of Jews who were living in Dordrecht and were killed in the Second World War.

The Jewish Memorial in the lobby of the City Hall is in memory of the 221 Jewish residents of Dordrecht who were killed by the Germans during World War II.
In the Memorial appear one by one the names of the Jewish victims.