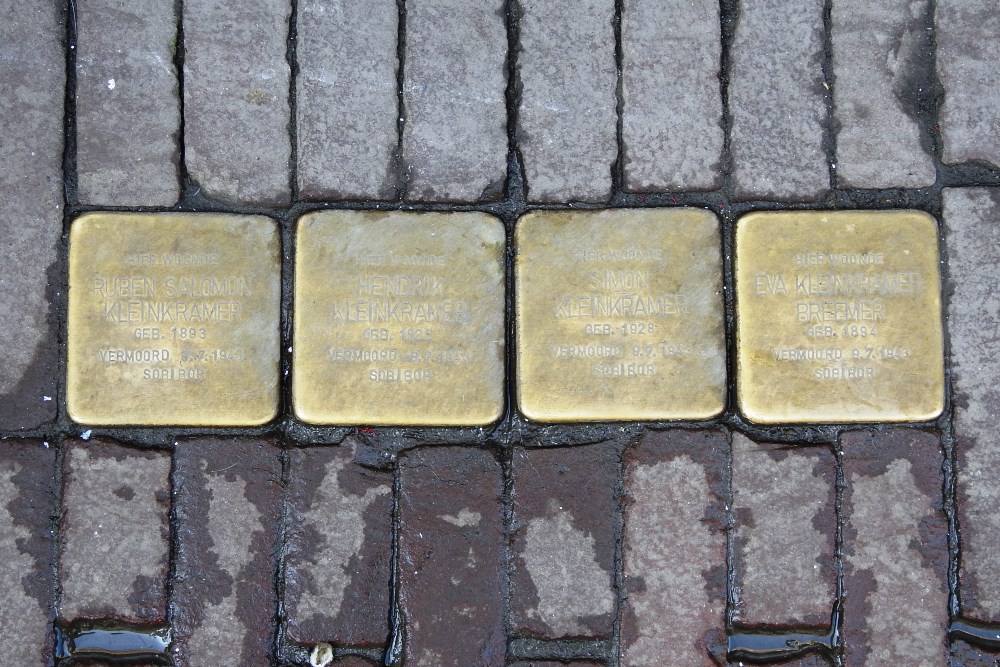 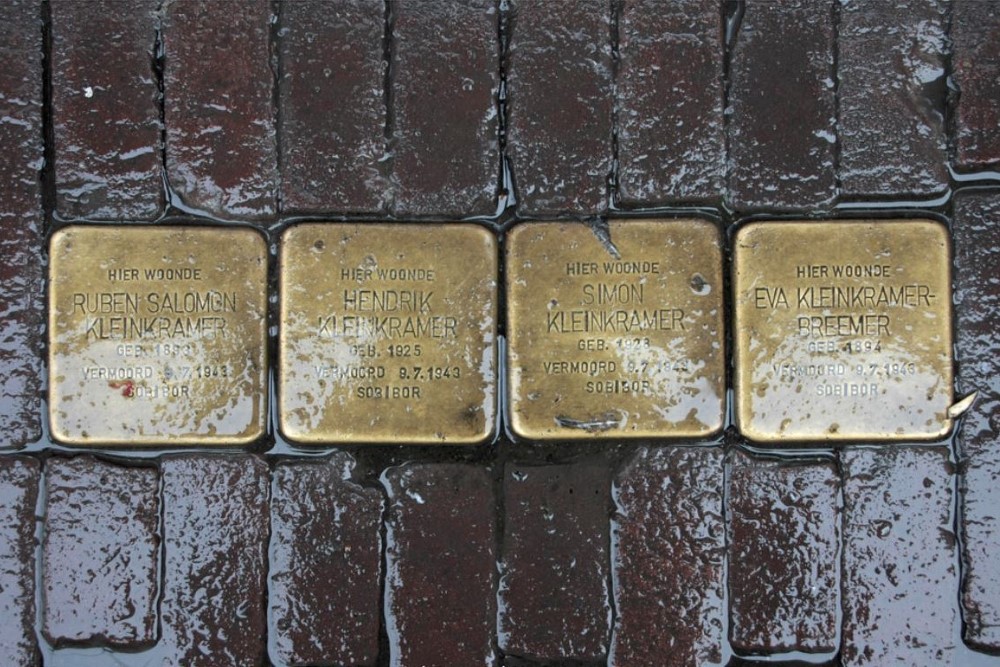 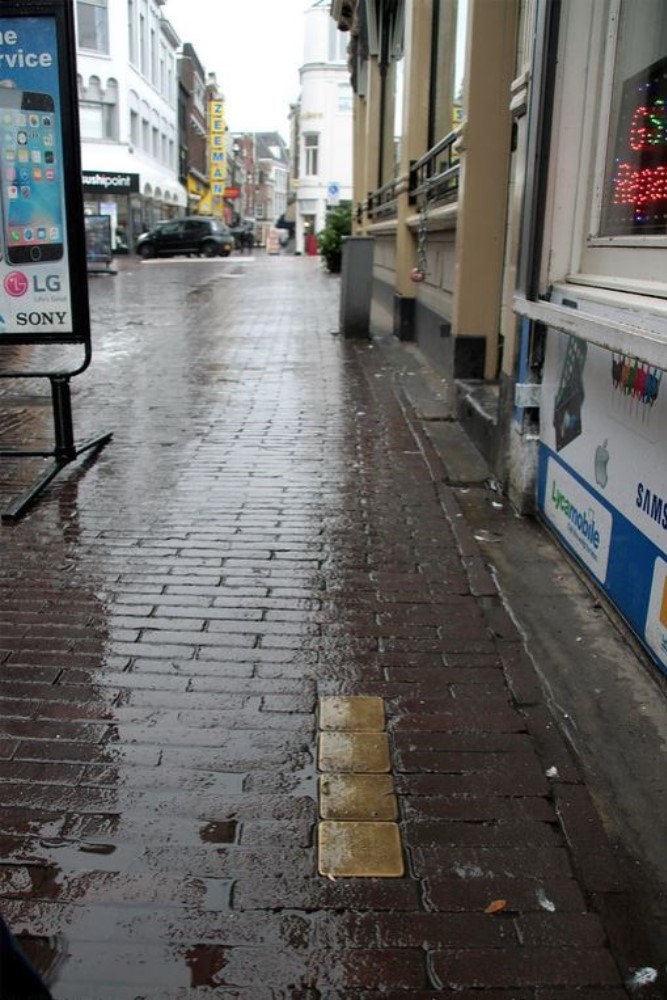 Ruben Salomon Kleinkramer, a draperies dealer, and Eva Breemer married in 1922. They had two sons, Hendrik and Simon. All four were murdered on the same day in Sobibor. Hendrik was 18, Simon 14.

Three of Ruben Kleinkramers were murdered in Auschwitz. Three of Evas siblings were murdered in Sobibor on the same day as Eva. Evas other sister, Elisabeth, survived, and died on 8 or 9 July 1993  50 years after her siblings.

The deportation of 2,417 people from Westerbork to Sobibor on 6 July 1943 included 28 Dordrecht citizens who were murdered on arrival on 9 July.

Borne was the first town in the Netherlands in which Stolpersteine were placed -- 29 November 2007.