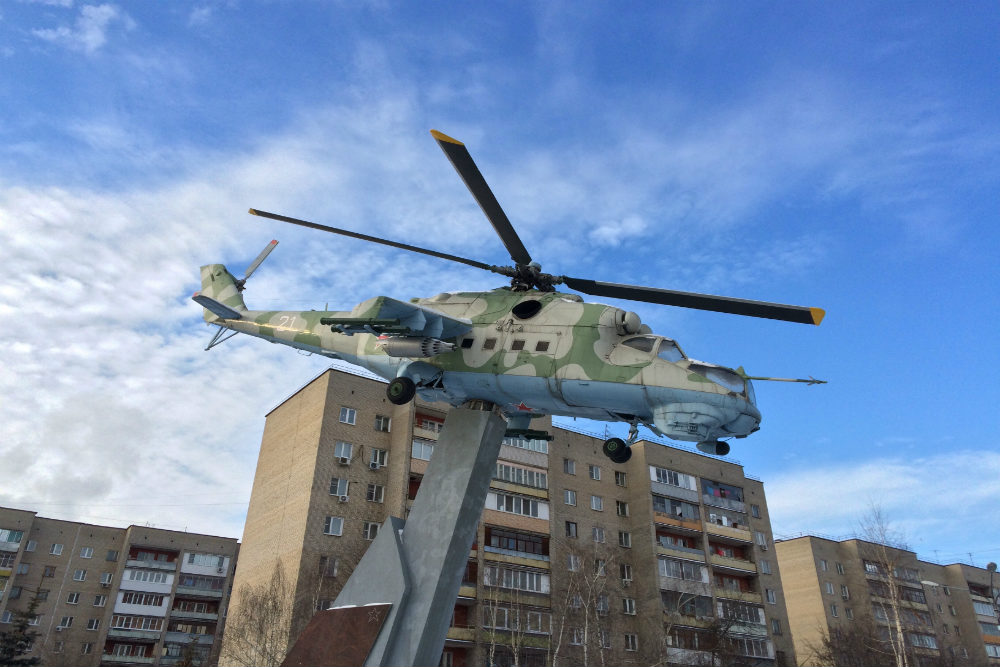 The helicopter Mi Mil-24 is situated on this place as a monument of the veterans of local conflicts in which Soviet Union took part.

The Mil Mi-24 is a large helicopter gunship, attack helicopter and low-capacity troop transport with room for eight passengers. It is produced by Mil Moscow Helicopter Plant and has been operated since 1972 by the Soviet Air Force and its successors, along with more than 30 other nations.

Mil Moscow Helicopter Plant is situated in several kilometeres from there, in Tomilino.