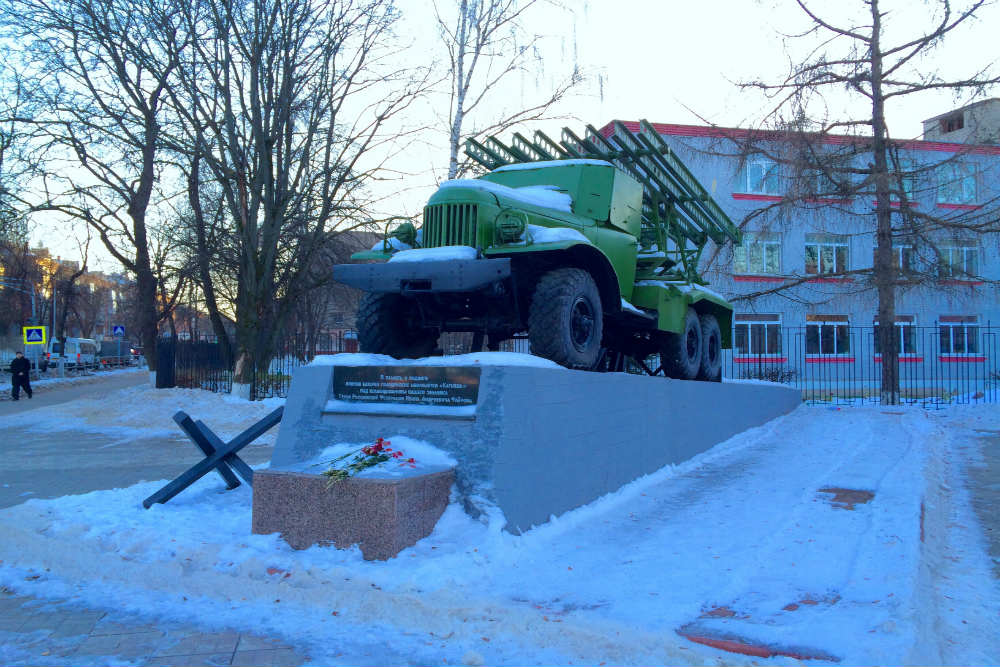 The monument was built in 2003, in commemoration of the battery of multiple rocket launchers under the command of Ivan Andreevich Flerov. The school behind the monument is named after him.

Ivan Andreyevich Flyorov was the commander of the first battery of 8 Katyushas (BM-8), which was formed in Lipetsk and on July 14, 1941, was deployed in a battle against the German army at Orsha in Belarus, with devastating effect on the enemy causing massive casualties.

In the autumn of 1941, Flyorov's battery was surrounded in the swamps by the Ugra river and heavily shelled by mortars. After running out of ammunition, Captain Flyorov ordered his men to destroy the remaining weaponry. Flyorov was killed during the battle, together with over 75% of his command.

On June 21, 1995, on the 50th anniversary of victory over Germany, Flyorov was posthumously awarded the Hero of the Russian Federation.