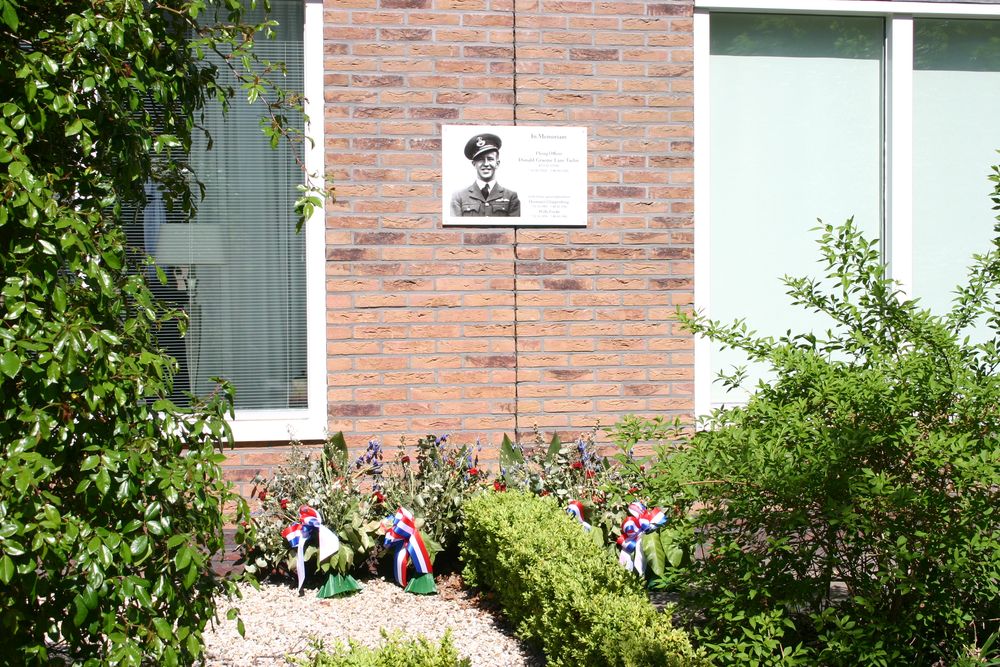 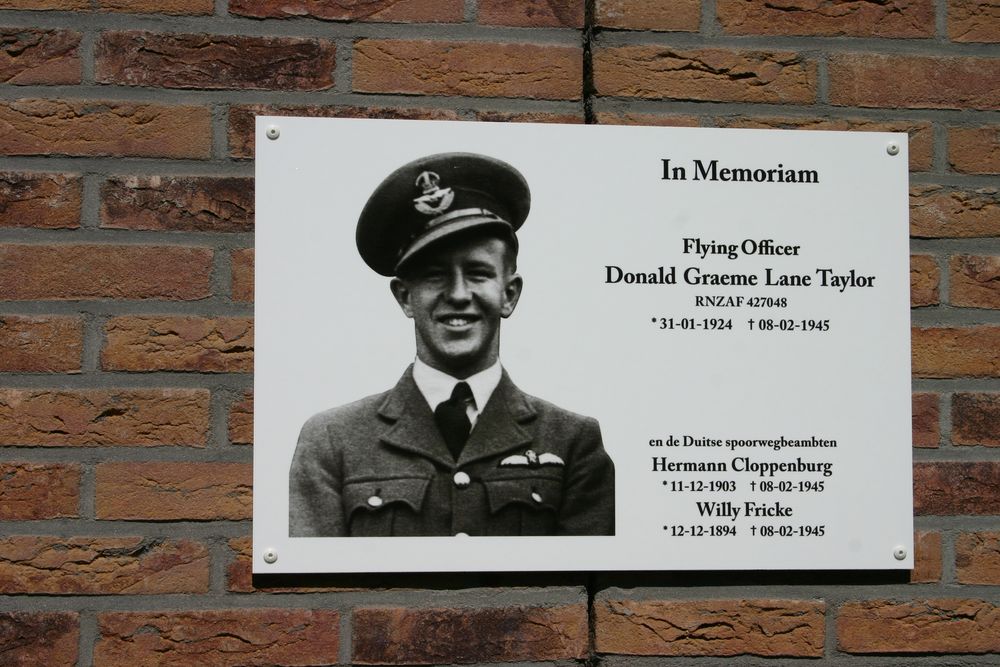 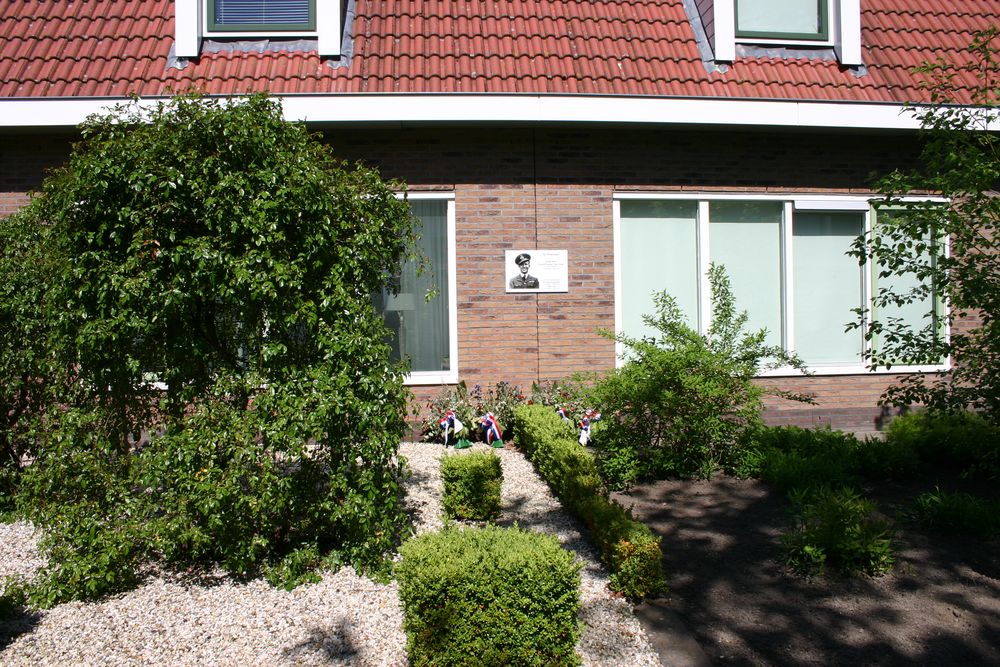 Don took MK529 so low its wing struck a vertical object. Some reports reckoned he hit a lamp post on the yard perimeter, however researcher Dirk Munk recently discovered that the aircraft in fact struck a water tower structure, according to the town clerk of Haren at the time. Damage caused the aircraft to hit the ground, bounce, smash through a row of trees and hit a house at the address Tuindorp 125 and 126. Don was killed in the crash along with two German railway workers inside the house. Don was 21 years old