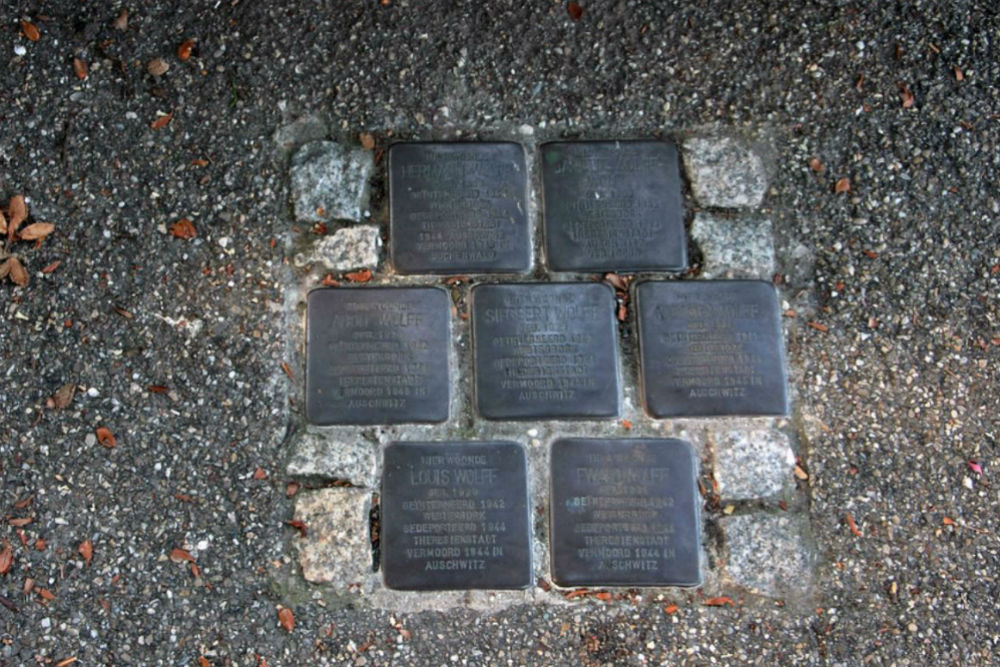 Hermann Wolff, a cattle dealer, and Janette Wolff married in 1920. They lived in Aurich, Germany, and had five sons there  the oldest (Adolf) was born in 1920, and the youngest (Ewald) in 1931. When Ewald was two years old, the family went to the Netherlands. In Haren, Hermann worked as a cattle buyer for a butcher, but in March 1942 he was arrested and jailed for a few days for illegal slaughter of cattle. In July 1942, sons Siegbert (a shoemaker) and Werner (a carpenter) responded to a call for laborers at Westerbork. Then on 16 July, Hermann voluntarily went to Westerbork to join his sons.

On 27 November 1942, the Jewish community in Haren was told that everyone had to leave for Camp Westerbork. The rest of the Wolff family arrived there the next day and stayed until January 1944. The length of time they were able to stay together at the transit camp may have been because of Hermanns Iron Cross from World War I. On 18 January, Hermann, Janette, Adolf, Louis, Ewald were deported to Theresienstadt. Siegbert and Werner had scarlet fever at that time; their deportation was delayed until 4 September 1944. Three months before they arrived, a rabbi at Theresienstadt married Adolf Wolff and Hilde Pander, who with her family had tried to escape Germany on the St. Louis and who ended up in the Netherlands, Westerbork, and Theresienstadt.

Hermann Wolff, his sons Adolf, Siegbert and Werner were deported from Theresienstadt to Auschwitz on 28 September 1944. Hermann and Werner were subsequently taken from Auschwitz to Buchenwald on 23 January 1945, where Hermann was killed six days later at age 51. Werner was killed there in mid-February; he was 20 years old. Adolf Wolff, age 24, and Siegbert Wolff, age 23, were killed in Auschwitz on an unknown date, but no later than 28 February 1945. Mother Janette and her youngest sons Louis and Ewald were deported to Auschwitz on 4 October 1944, a week after the others. Upon arrival on October 6, Louis Wolff, 15, and Ewald Wolff, 13, were murdered in the gas chamber. Their mother's fate is unknown: Janette Wolff-Wolff is listed as missing. She was probably also murdered in the gas chamber. Adolfs wife, Hilde Pander, survived and submitted testimony to Yad Vashem about the Wolff family.

Stolpersteine for the Wolff family are also at their Aurich, Germany, home at Langer Kamp 26.