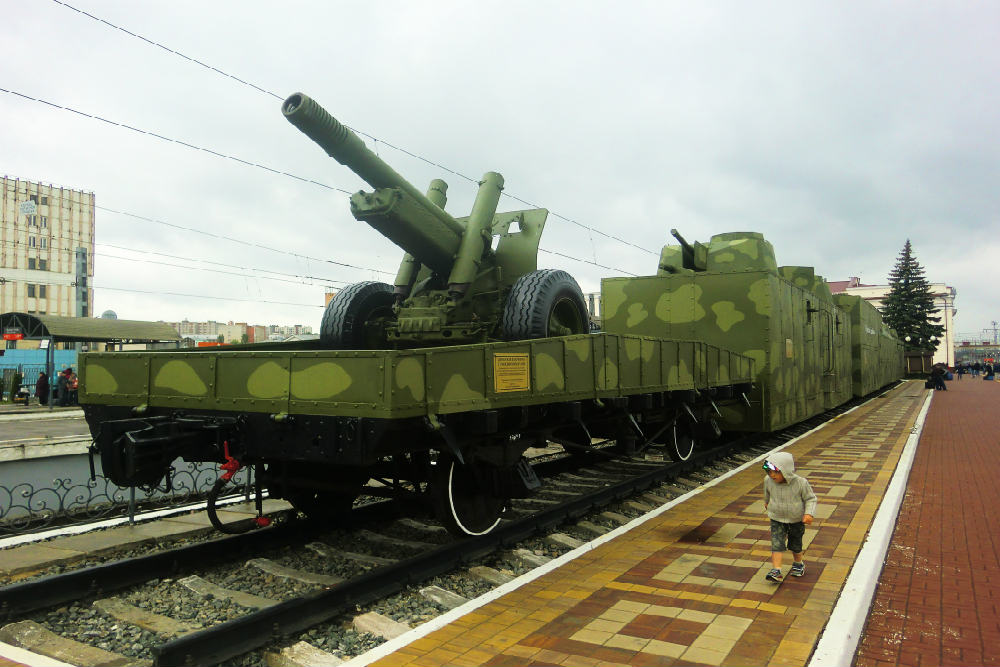 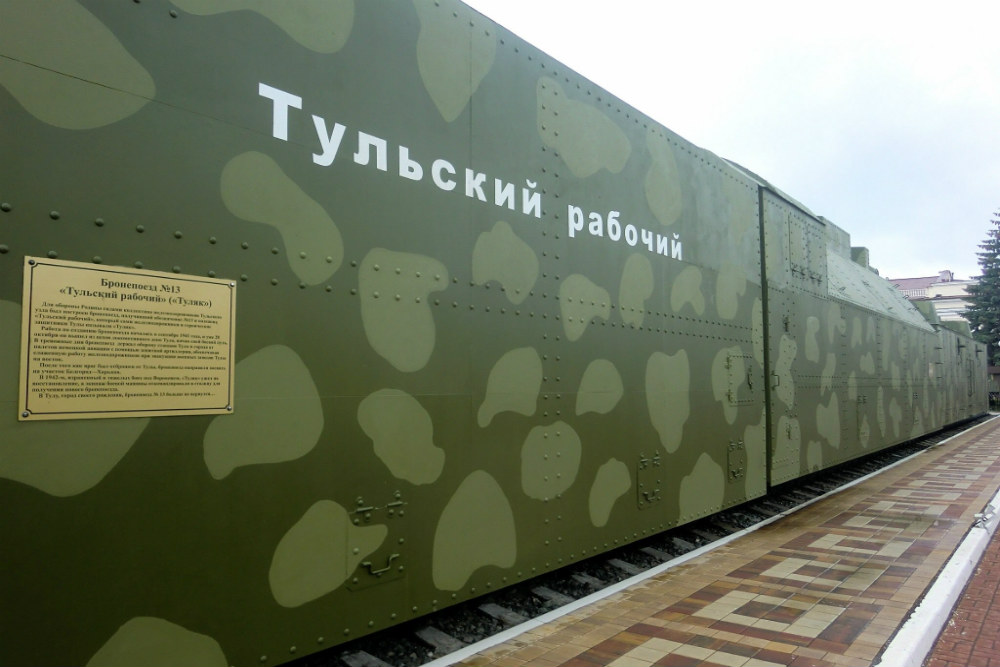 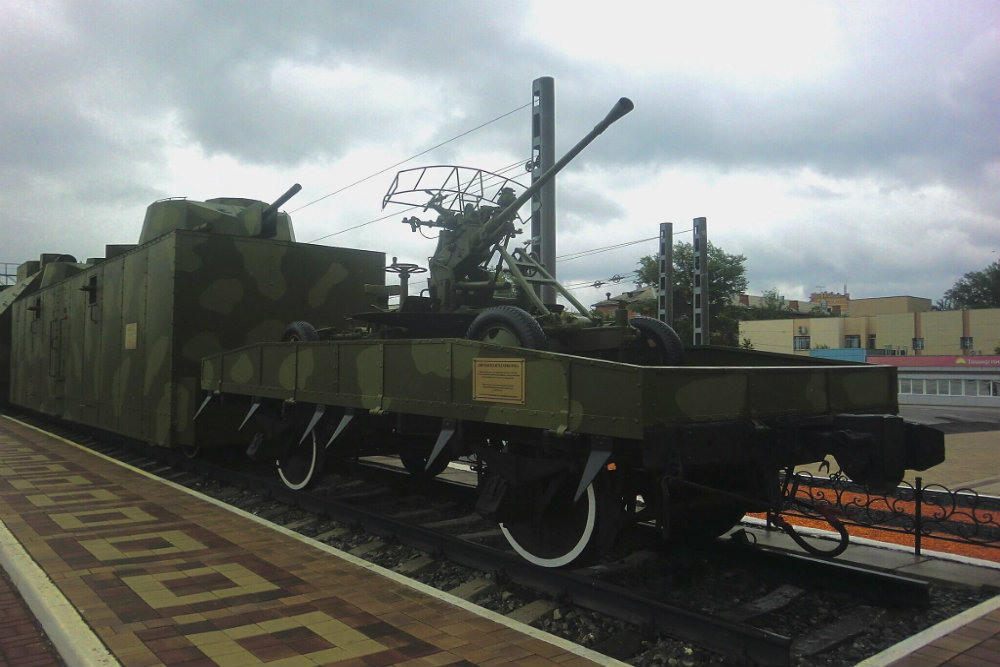 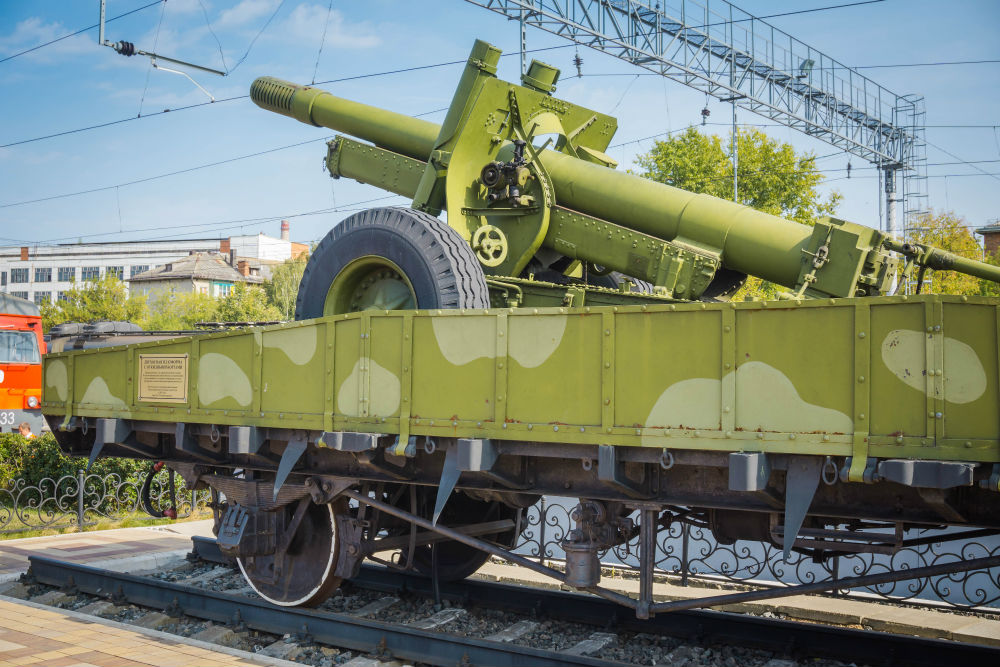 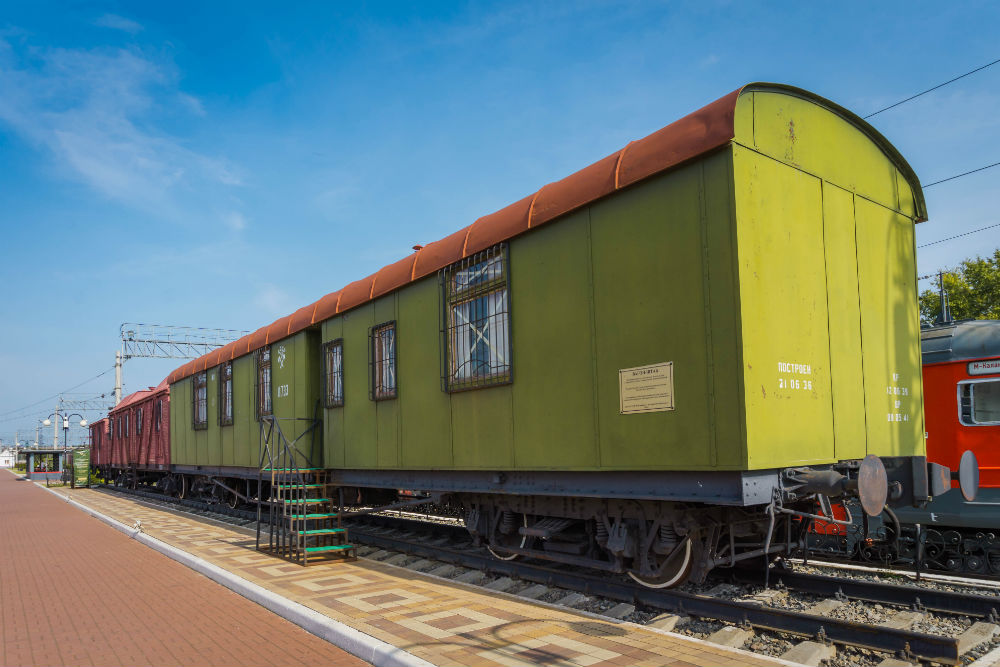 Armoured train № 13 « A Tula worker», commonly called «Tulyak», is one of the patterns of Soviet armoured trains of the first months of the war. The idea to create the armoured train appeared when the 2nd German tank army under General Guderians command came in Oryol and the road to Moscow seemed to be opened. The fortress on wheels was built by the Tula locomotive depot in a short time. On October 27th 1941 «Tulyak» left the gates of the depot. Armoured train № 13 defended the station Tula-1 and the city from the raids of German aviation with the help of anti-aircraft artillery, repulsed the attacks of the enemy bombers on the stations Homyakovo, Revyakino and Nizhnie Prisady.

The restoration of the train started in February 2015. It was made by the specialists of the Tula wagon depot (VCHDE-18), car repair shops Uzlovaya (VCHDR-25) and Tula (VCHDR-17), the Tula Station of Civil Constructions (NGCH-11) and the motor-car depot Novomoskovsk (TCH-22). These old still not killed by time and not cut into pieces wagons the Tula people looked for at the stations and access roads of industrial enterprises, also scrupulously collecting information and exhibits for the future exposition. On the 8th of May 2015 the restored armoured train was opened as a museum on the Moscow railway station of Tula.