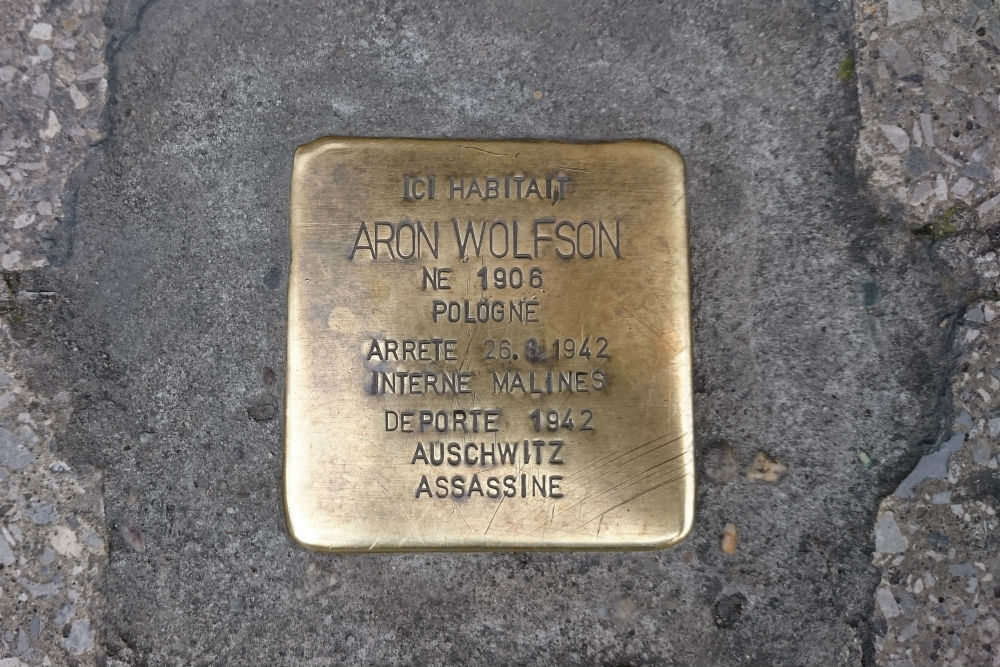 Aron Wolfson was a merchant, married to Elza née Sluchny (born 1908). Their daughter, Anny Augusta Wolfson, was born in August 1942, just 3 weeks before Aron was arrested.

Each of the 3 Wolfsons was on a Department of the Police list of foreign Jews sent to the Dannes-Camiers labor camp for matters concerning foreigners. This little-known camp was named for two adjacent villages in northern France. Prisoners worked on the Nazis Atlantic Wall fortification along the coasts. Dannes and Camiers villages shared a railway station, from which prisoners were deported to Auschwitz via Malines (Mechelen), Belgium.

The Wolfsons daughter Anny survived (and provided testimony about her father Aron to Yad Vashem in 1994). No information was found on how she survived nor on the fate of her mother (Arons wife), Elza Wolfson née Sluchny.