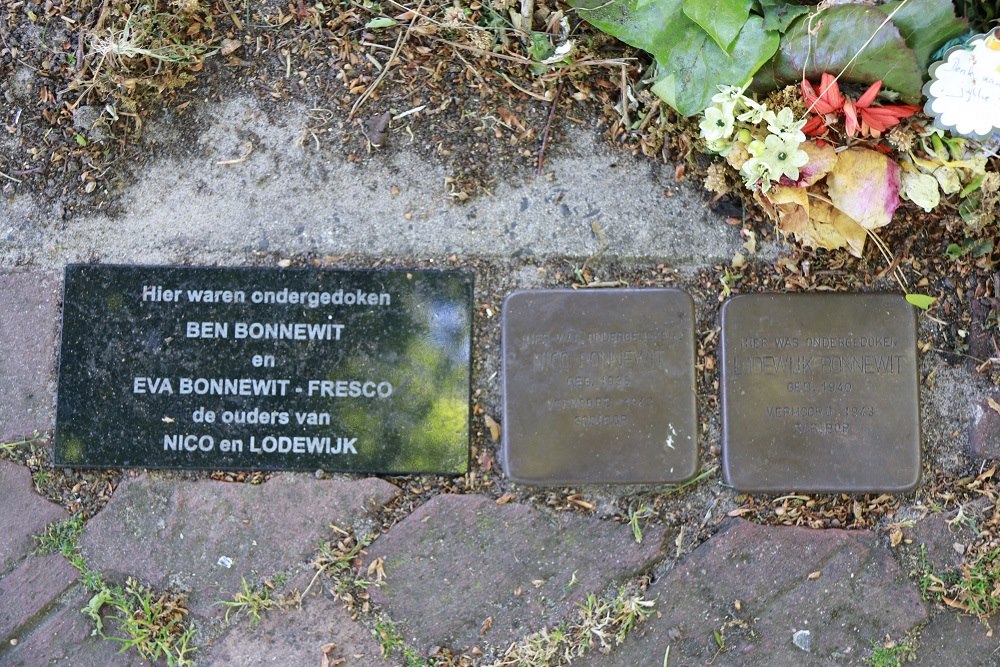 On 4 may 2018, in Heiloo, for the former home of the Bonnewit Family:
Ben Bonnewit
Eva Bonnewit - Fresco

"The Bonnewit family lived in 34 Zoomstraat in Amsterdam in February 1941. Ben and Eva had two children: Nico (Amsterdam, 7/30/1936) and Lodewijk ("Lody "Amsterdam, 2/28/1940). After their Amsterdam hiding address had been betrayed, the children were both murdered on 21 May 1943 in Sobibor. At that time their parents were in hiding with the van Lieshout family at Kerkelaan H 73 (later Spoorlaan). Stolpersteine was placed in 2017 at the address Spoorlaan in Heiloo in memory of the Bonnewit children. In 2018, a plaque was added with the names of their parents, so that the family could be reunited again. "
(source JMZ, Jewish Monument Zaanstreek)