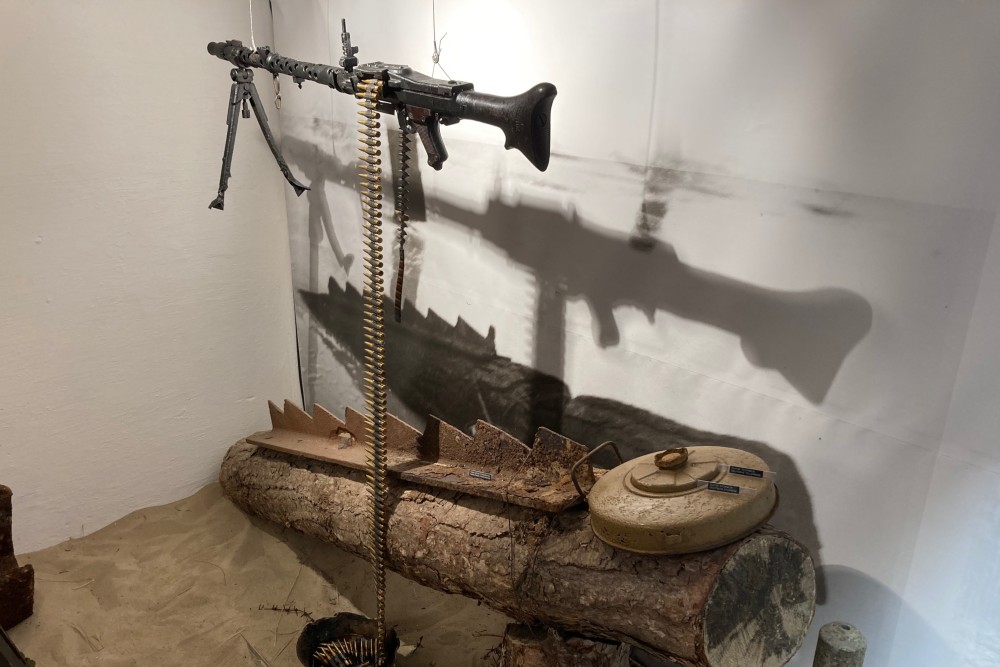 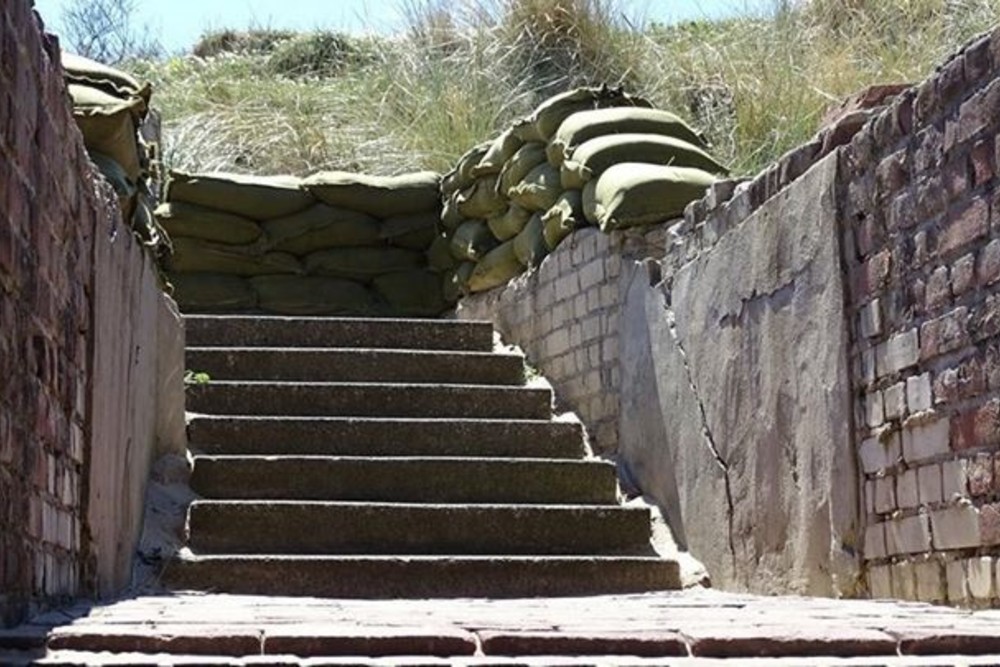 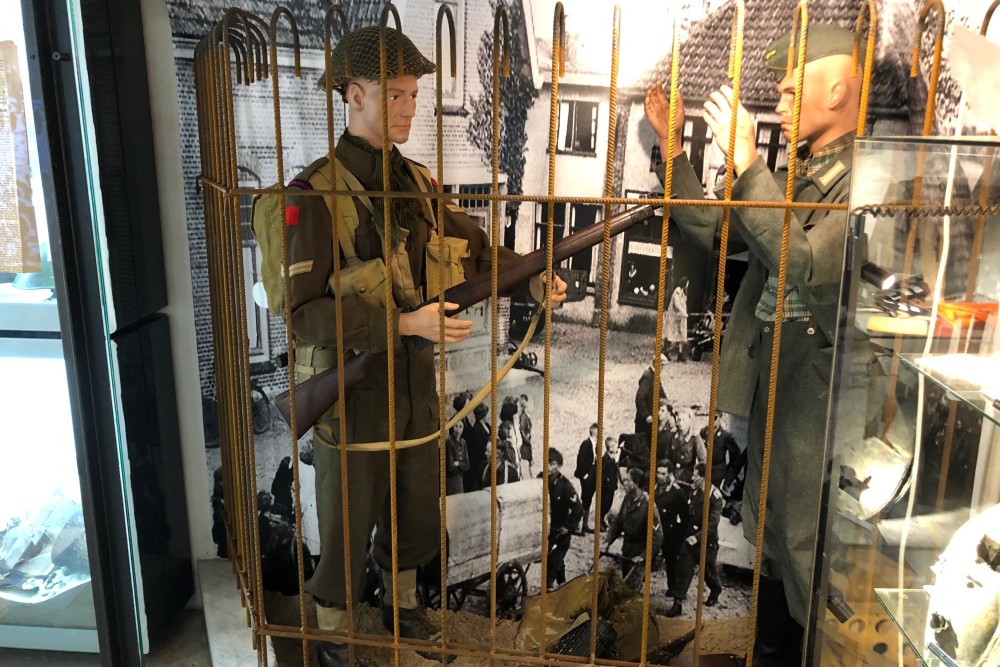 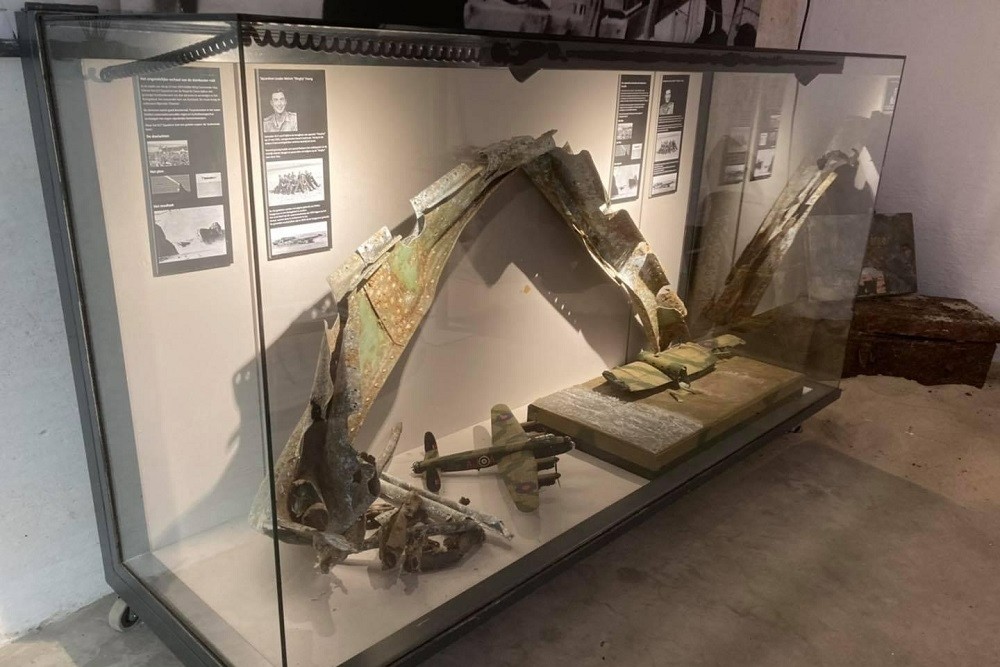 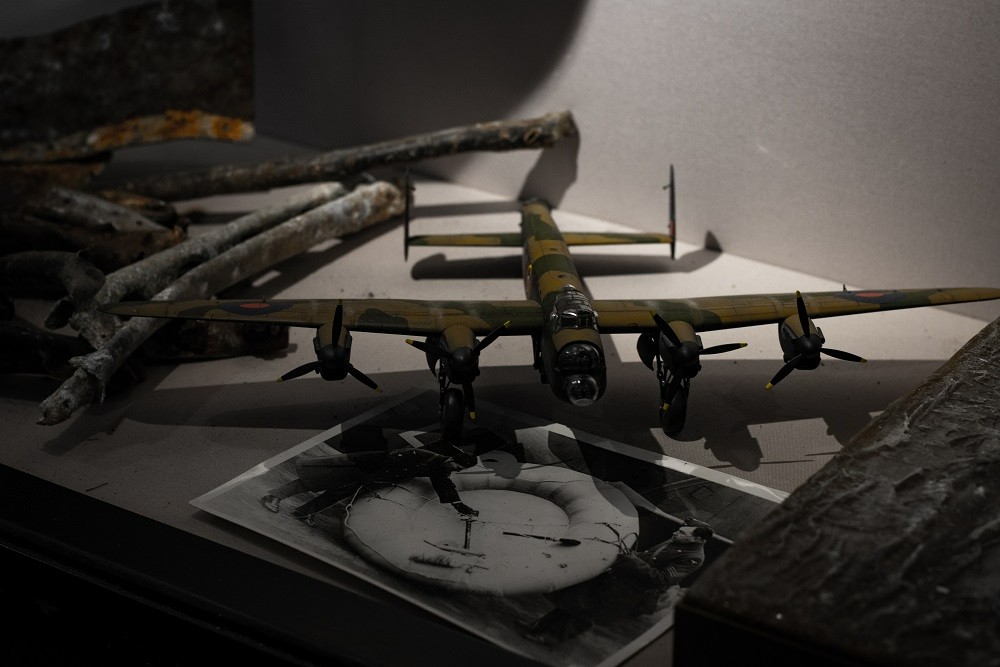 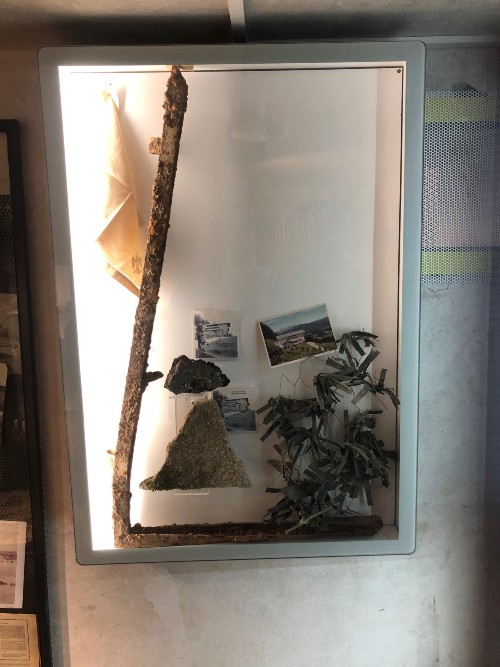 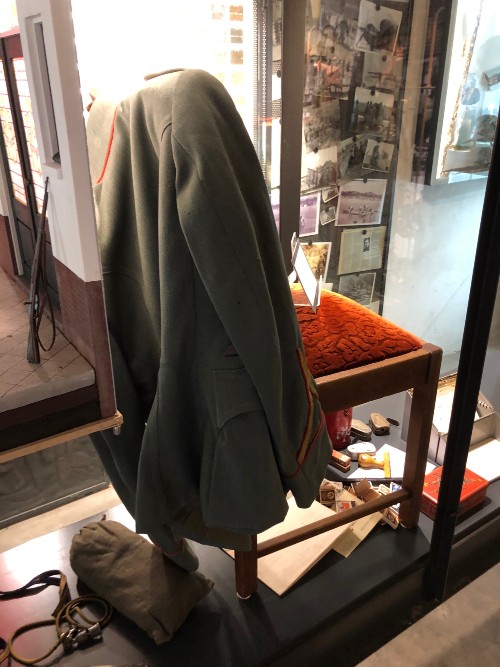 This ammunition bunker of the type V.F. 7a was opened in 2016 as Bunkermuseum Jansje Schong. The bunker has been completely refurbished and therefore easily accessible. The museum consists of two rooms. In the collection you will find a number of rare items such as a signed Mein Kampf, a plate from Hitler's Reichs Kanzlei, the chair with a story attached to it, unique parts of the Dam Busters A for Apple which crashed in Castricum and we in 2017 the have found remains that the Germans used to weigh up their trenches in the Atlantic Wall, a collection of number-identical bayonets, part of a window hatch from Hitler's Berghof containing burnt wood and a piece of molten camouflage net, original barriers of Egmond's beach and in the beach. film room a moving film about mine clearance after the war by young German conscripts with the remains of the mines which they removed.