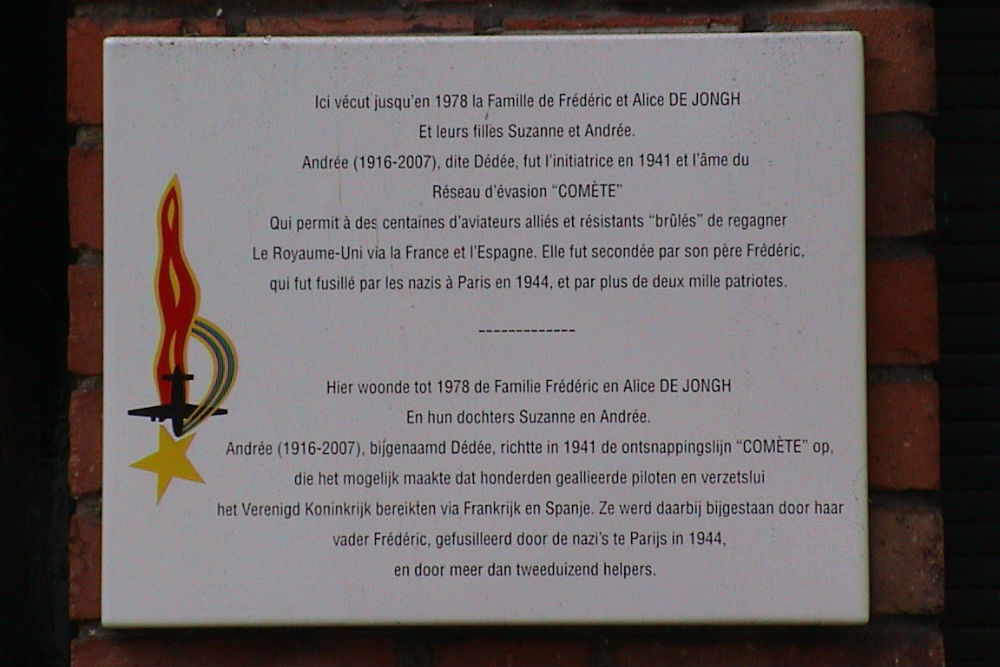 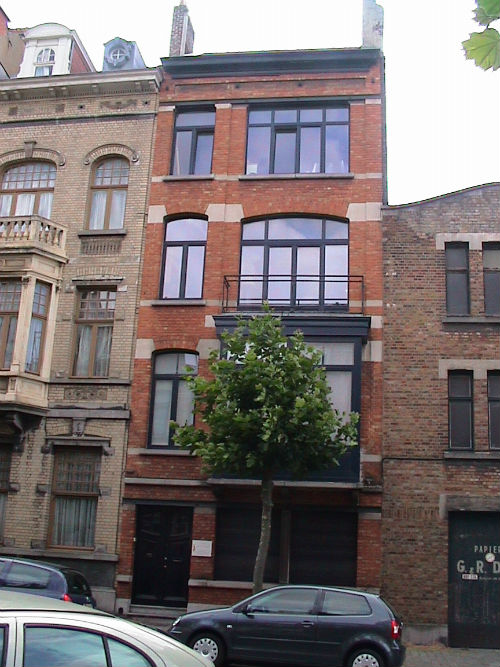 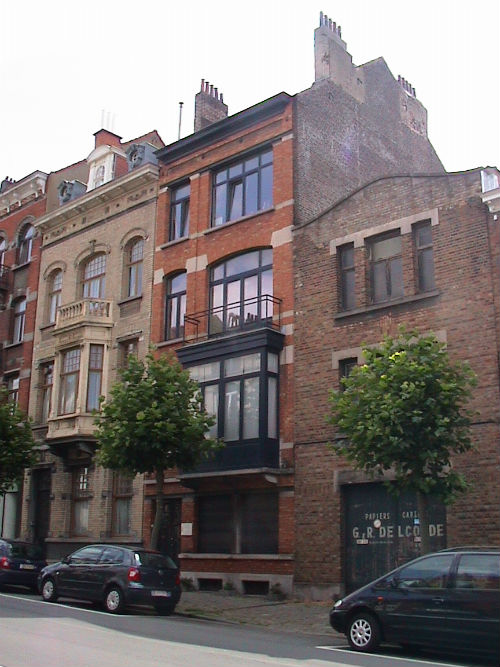 Andrée Eugénie Adrienne de Jongh was a decorator at Sofina in Malmedy and a nurse at the Sint-Janshospitaal in Bruges. She co-founded the Comète Escape Line along with Arnold L.C. Deppé and Henri De Bliqui. Arnold Deppé trained as a radio technician and had worked for the film company Gaumont for ten years on the French-Spanish border before the war. Andrée's great examples were Gabriëlle Petit and Edith Cavell.

The line was intended for the repatriation of military and government personnel. The escape line suffered several setbacks, but they managed to repair them and persisted until the end of the war. Andrée (alias Dédée), was arrested by the Gestapo on January 15, 1943 at a hiding place in Urrugne (France). Dédée was taken to the Ravensbrück and Mauthausen concentration camps after interrogation and torture. On April 22, 1945, Dédée was released along with some 800 other prisoners after mediation by the Red Cross (between Heinrich Himmler, Reichsführer of the SS and Count Folke Bernadotte, the nephew of the Swedish king and vice president of the Swedish Red Cross).

The line has repatriated more than 700 individuals, 288 of whom are pilots. Dédée himself guided 118 and made the crossing 32 times. Of the more than 2,000 helpers, 216 have bought their cooperation with death. Her gravestone (plot 23 - perk 17) in Schaerbeek (Evereststraat 4) has the following text: Dédée, ta lumière ne séteindra jamais.