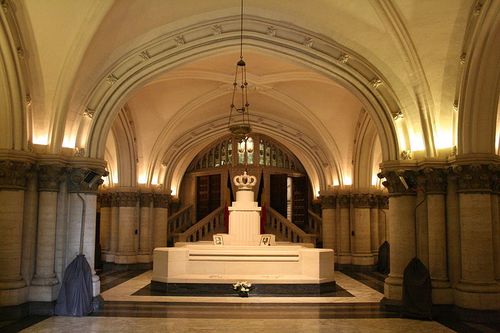 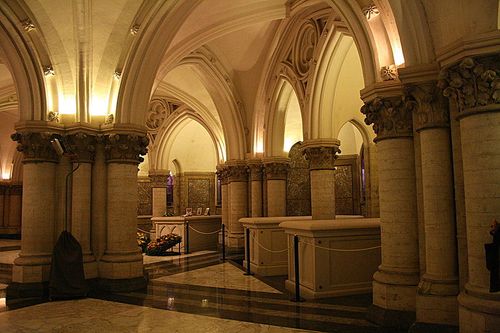 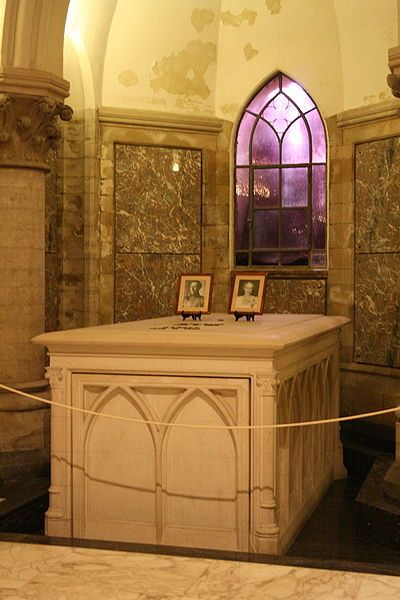 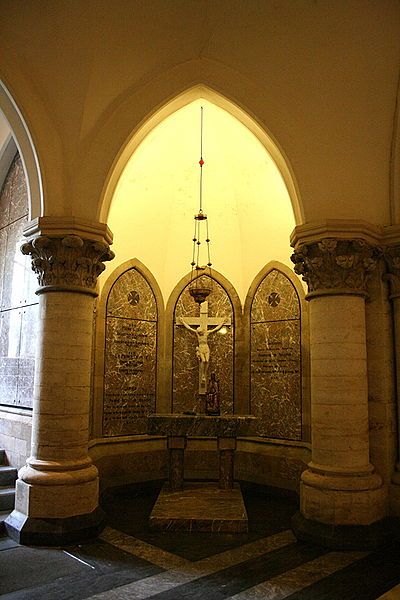 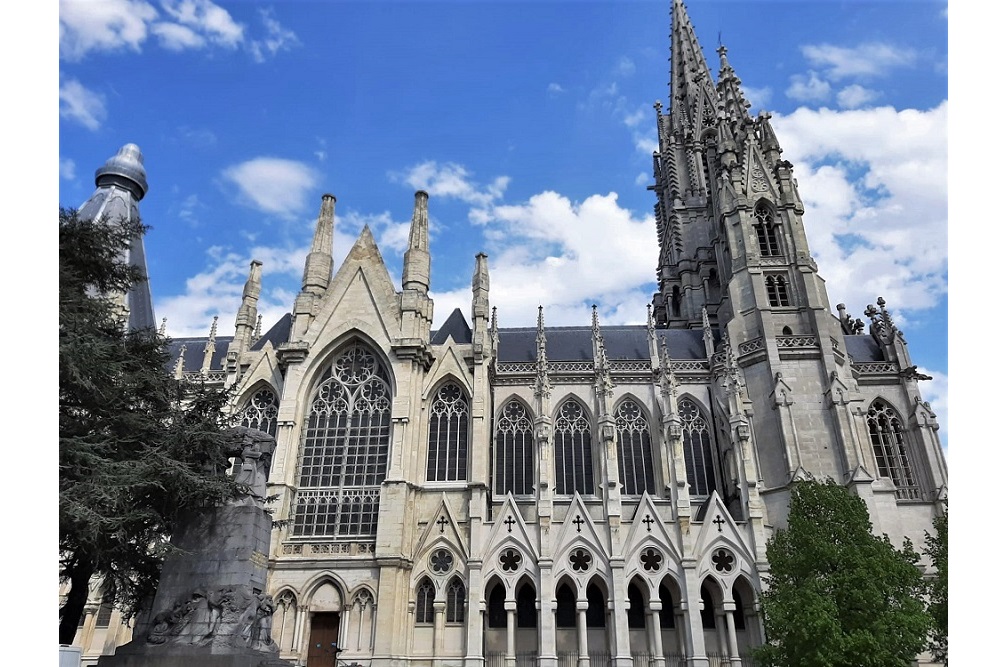 The Royal Crypt is the burial place of all reigning Belgian monarchs and their wives, as well as some members of the Belgian Royal Family. It was the wish of the first queen Louise Marie to be buried in Laeken.

The Royal Crypt is located in the Church of Our Lady of Laeken, designed by architect Joseph Poelaert. It is a neo-Gothic building with a royal chapel and a crypt behind the choir.
The church was inaugurated in 1872, but was not finished until 1907.
Two staircases on either side behind the main altar make it possible to enter the crypt. At the foot of the stairs is a mosaic with the nine coats of arms of the Belgian provinces.
Mosaic tympanums can be seen above the bronze doors.
The crypt itself has a white and black marble floor.
The ceiling, consisting of several cross vaults, is supported by large columns with pilasters with Corinthian capitals.
The concealed lamps provide a light effect in this dome.

In the center of the crypt is the large, white funerary monument of Leopold I and his second wife Queen Louise Marie, topped by a royal crown. The tombs of his successors as king of the Belgians and their wives surround this monument.
The niches in the wall house the various other members of the royal family, such as the regent of Belgium, Prince Charles and other princes and princesses.

The administration of the tombs falls under the direct command of the king, who manages the crypt on behalf of the members of the royal family.
There is always a guard of honor guarding the royal tombs.
On certain days, the crypt is open to the public.