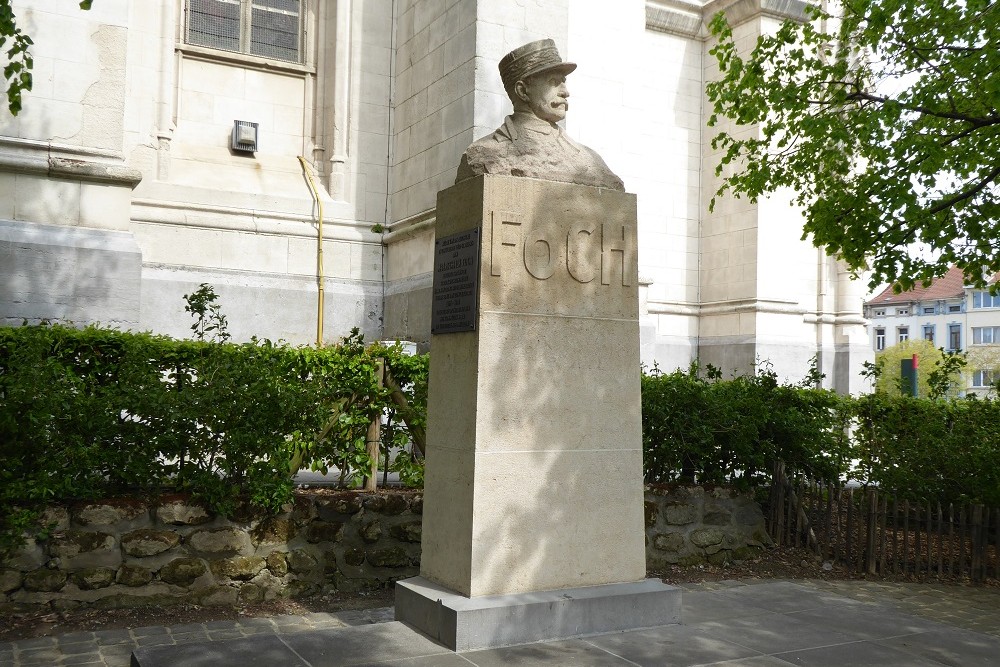 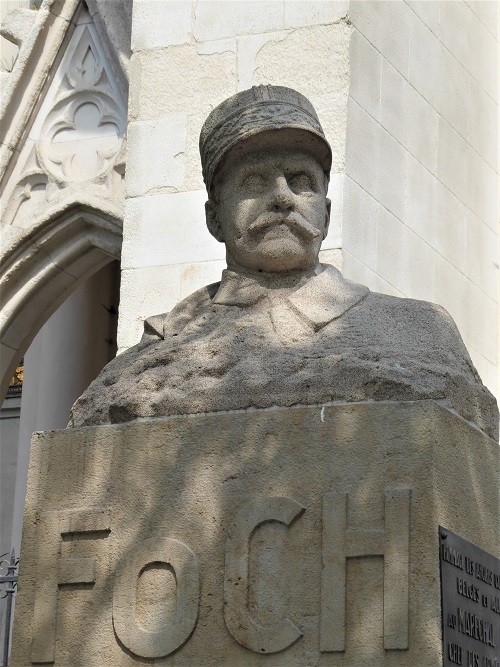 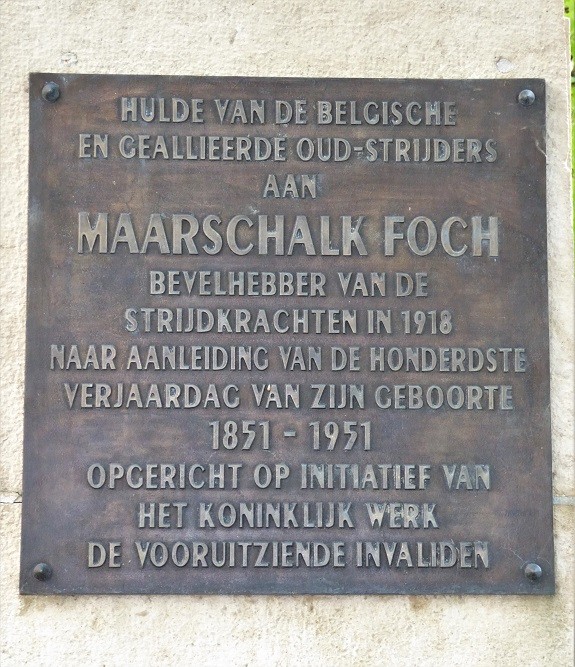 To the left of the Church of Our Lady of Laeken is a bust of Marshal Foch, a realization by sculptor Pierre De Soete and architect Maurice Van Nieuwenhuyse.
It was designed in 1951 on the initiative of veterans on the occasion of the centenary of Foch's birth.

On the day of the armistice he was elected member of the Académie des Sciences.
Ten days later, membership of the Académie Française followed.
After the war, the French government gave him the Hôtel de Noirmoutier, a city palace in Paris, where he was allowed to live until his death at the age of 77. He was buried in the Dôme des Invalides, alongside other famous marshals of France.

Many statues and busts have been made of him, including equestrian statues in Paris, London, his hometown of Tarbes and Kassel in French Flanders, where he had his headquarters in the autumn of 1914.
Virtually every major city in France has a street, avenue or square named after him, as do Beirut, Brussels, Melbourne, Montreal, New Orleans, Quito, Singapore and some Polish cities.