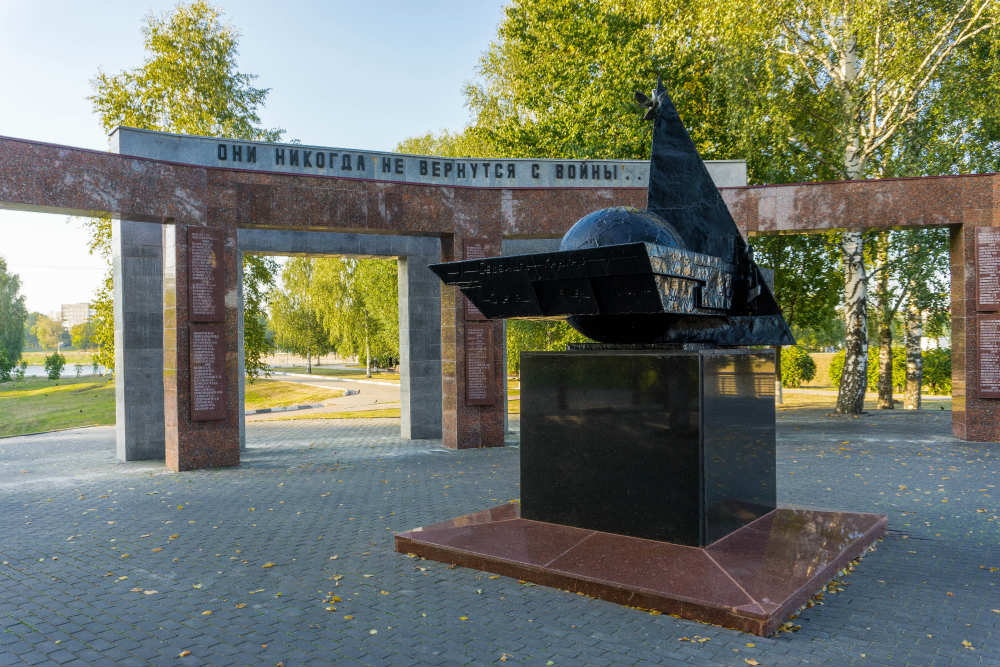 A monument for soldiers/internationalists who died in Afghanistan and other "hot spots" of the planet from 1956 to 2006. Opened on 13 May 2006. In the center of the memorial is a model of the globe with an indication of all the "hot spots" in which fought natives of the Tver region.

Improvised globe surrounded by six granite columns with the names of 255 Tver soldiers killed in Afghanistan, Chechnya, Hungary, Syria, Laos, Algeria, Vietnam, Korea, Ethiopia and the North Caucasus. Almost half -108 names- belong to those who died in Afghanistan. The opening of the monument is dedicated to the anniversary of the withdrawal of Soviet troops from Afghanistan, which began on May 15, 1988 and ended on February 15, 1989.