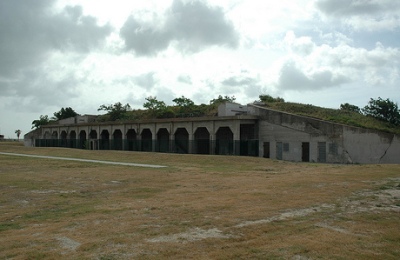 Battery Kimble was a part of Fort Travis, which was part of the harbor defense of Galveston and was built in 1922 (Build started in 1917 because of World War I). The battery was operational until 1943. It was equipped with two 12" guns.

The battery is named after Major Edward R. Kimble, U.S. Corps of Engineers, who was killed in France in 1918.

Nowadays the battery is open to the public.